On 12 December 2019, the United Kingdom will elect its 58th Parliament. I’ve previously polled Grindr users on the 2017 election, in London and Scotland, and the 2015 election, in Scotland and Wales, as well as on Brexit, this year’s European election, Scottish independence, and the 2016 US election. This time, I asked 788 Grindr users in and around London who they’re supporting in this year’s general election.

(Identifiable faces in profile pictures have been censored.) 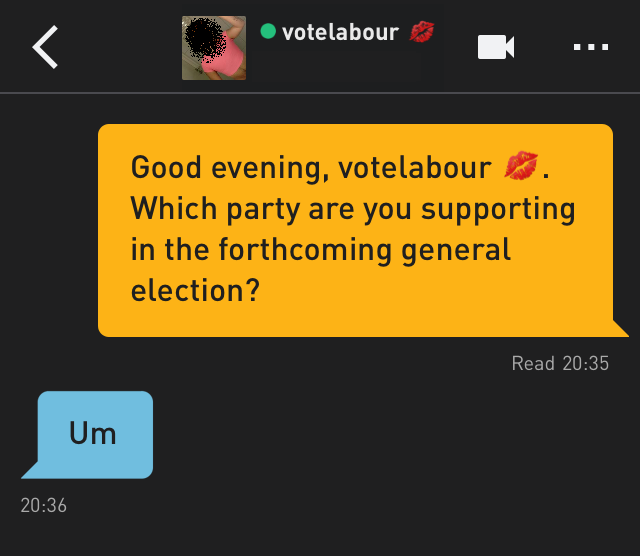 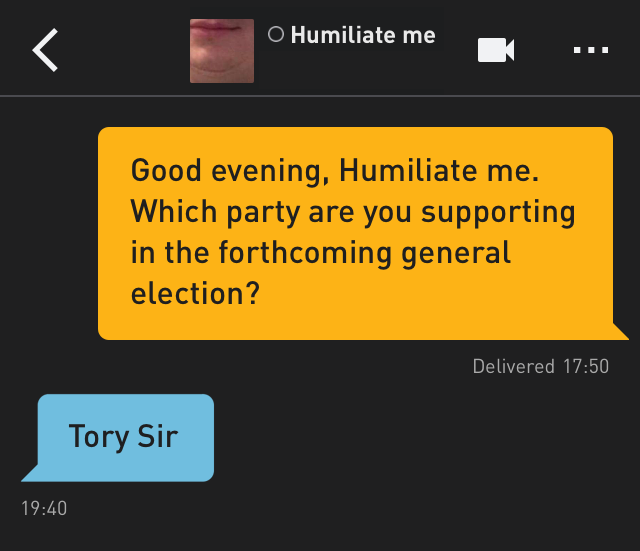 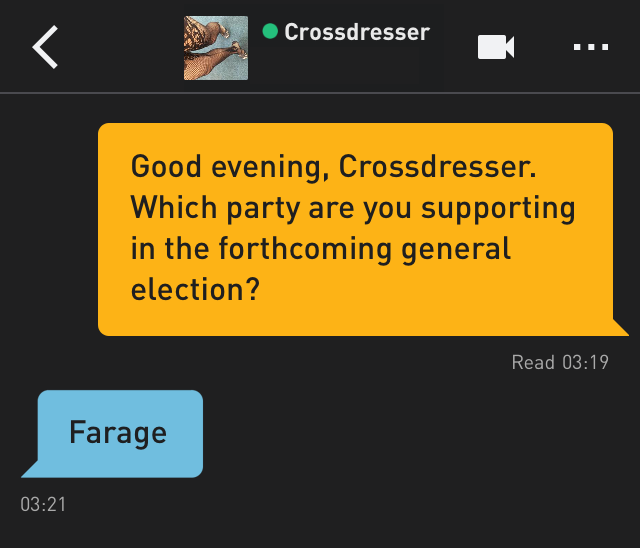 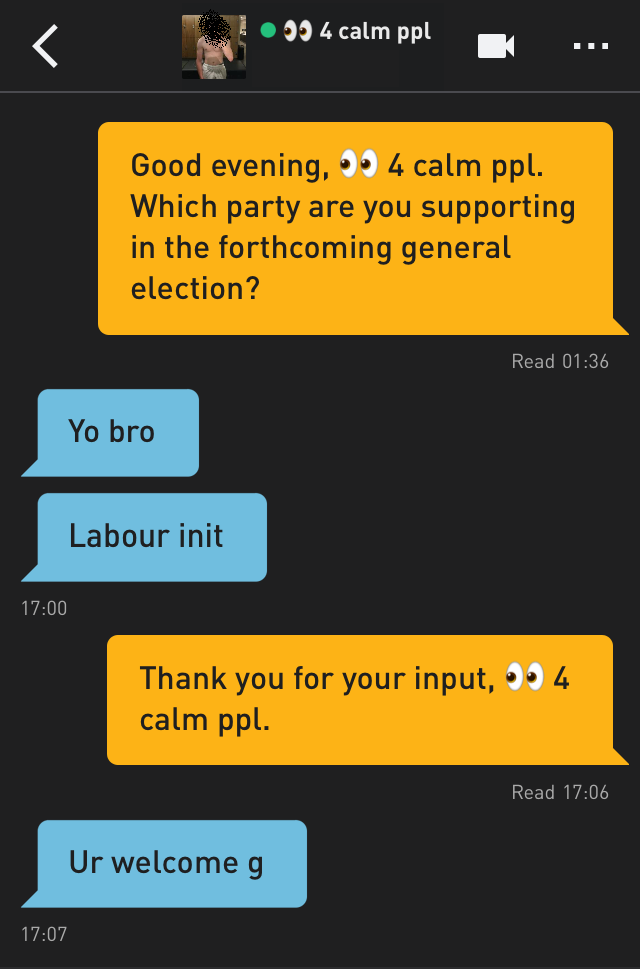 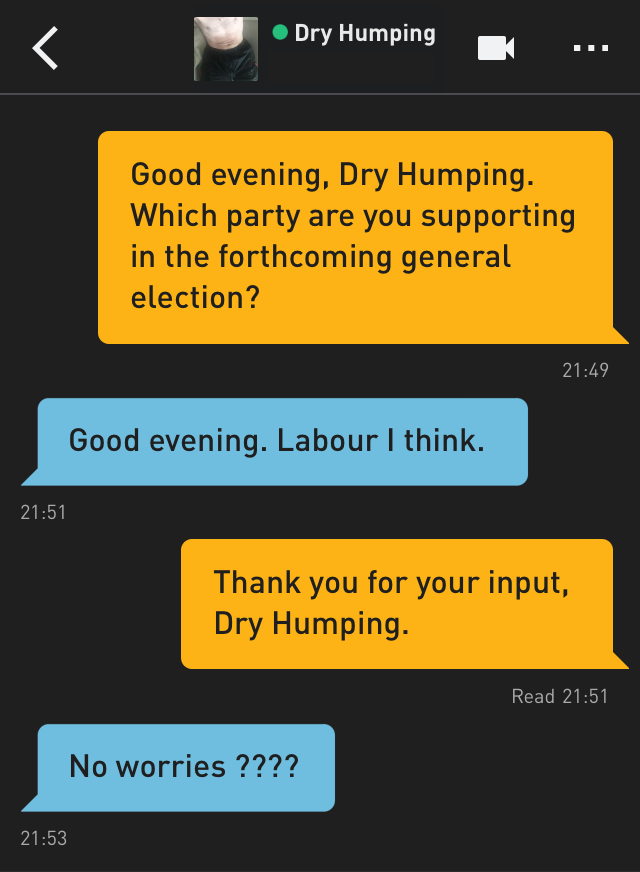 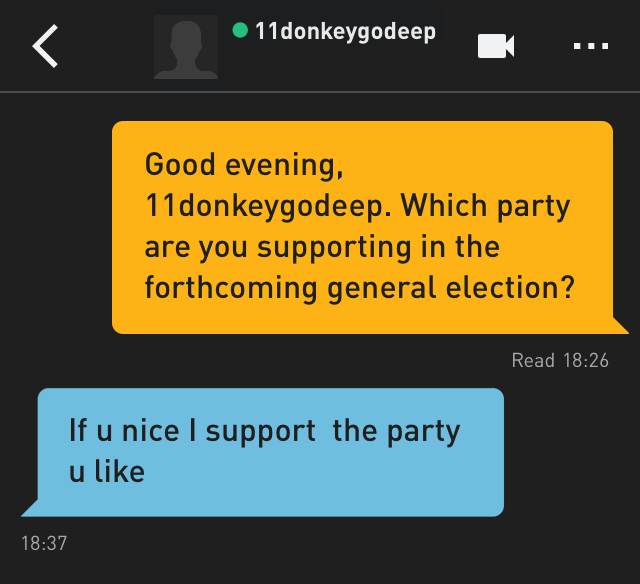 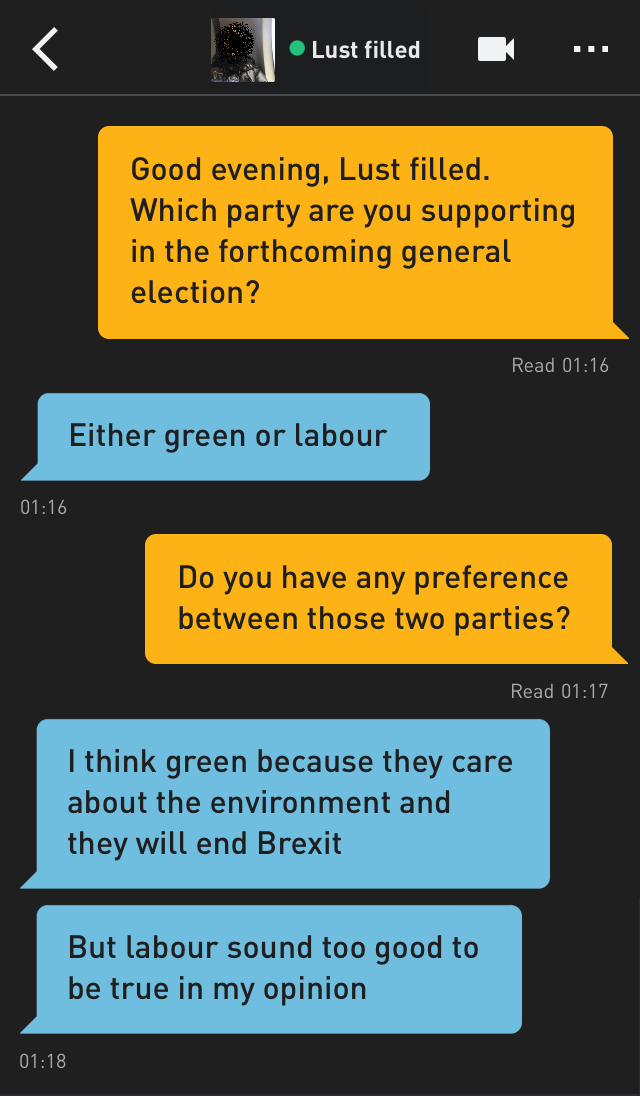 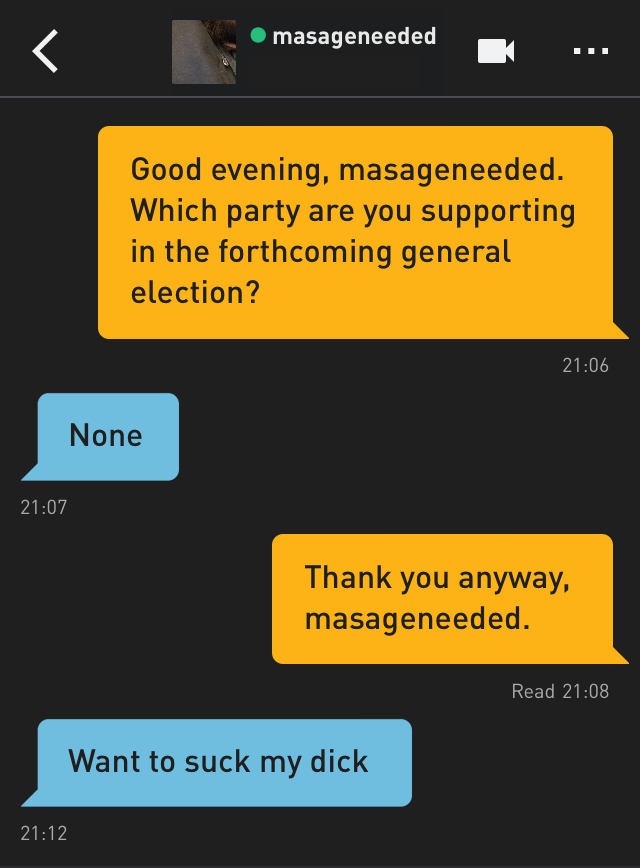 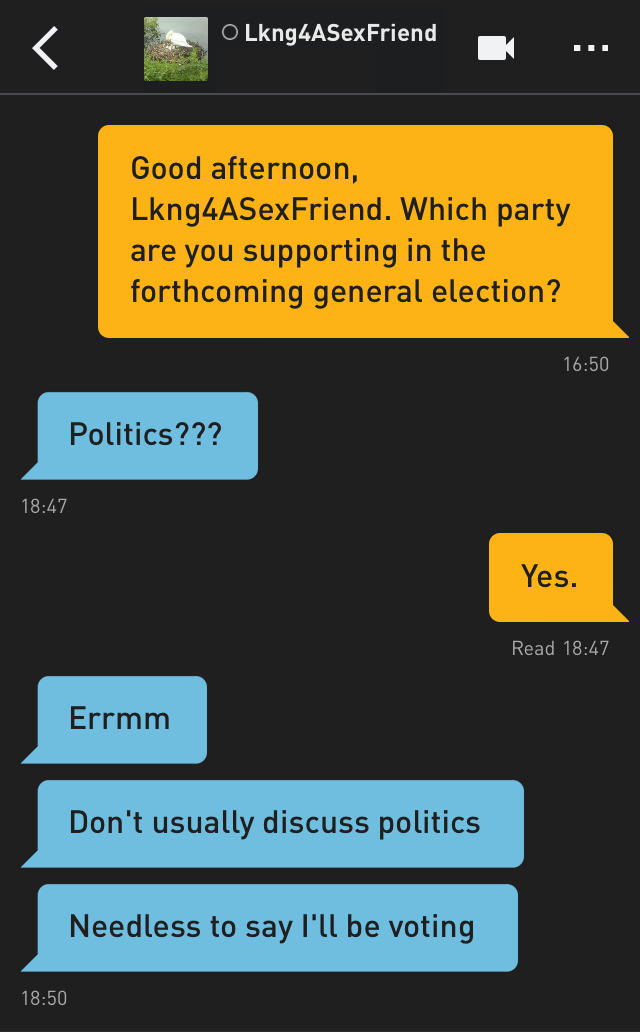 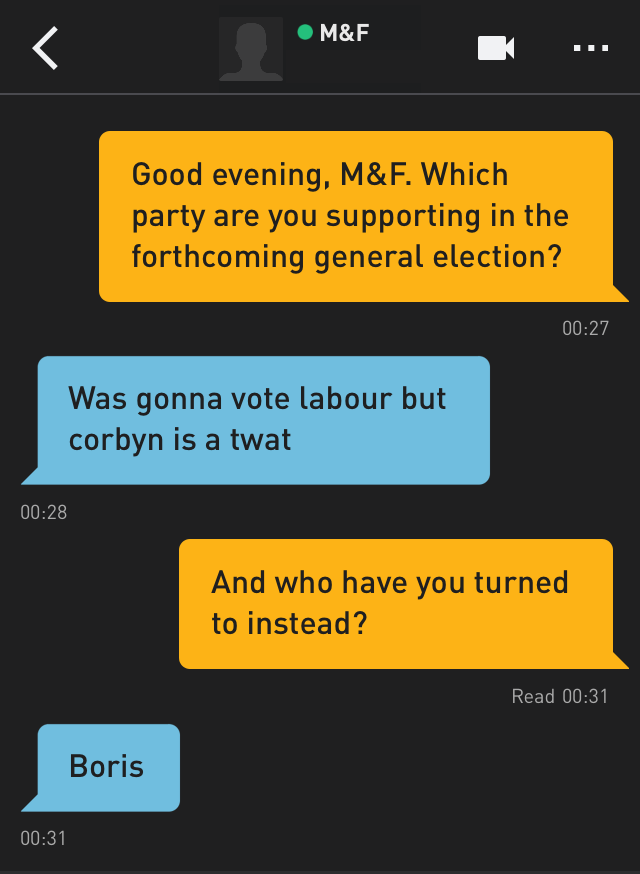 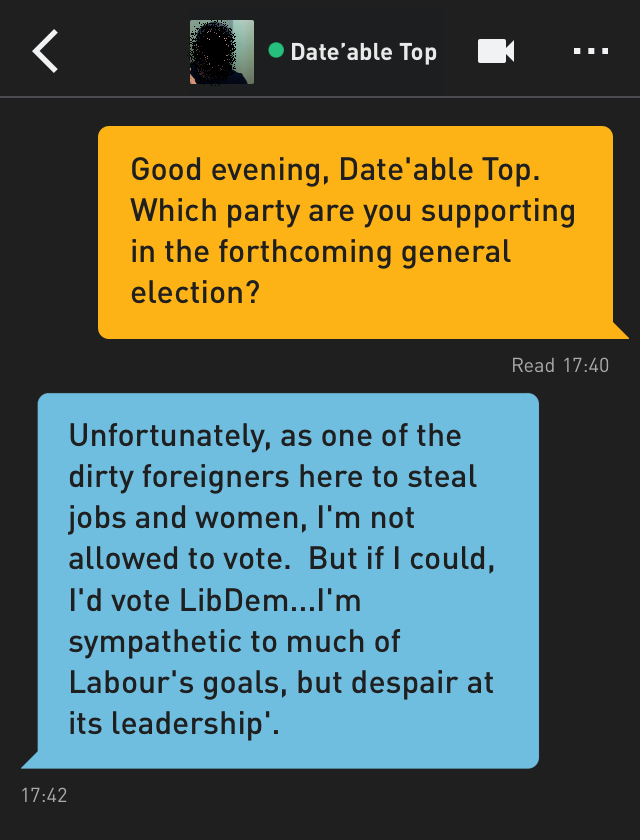 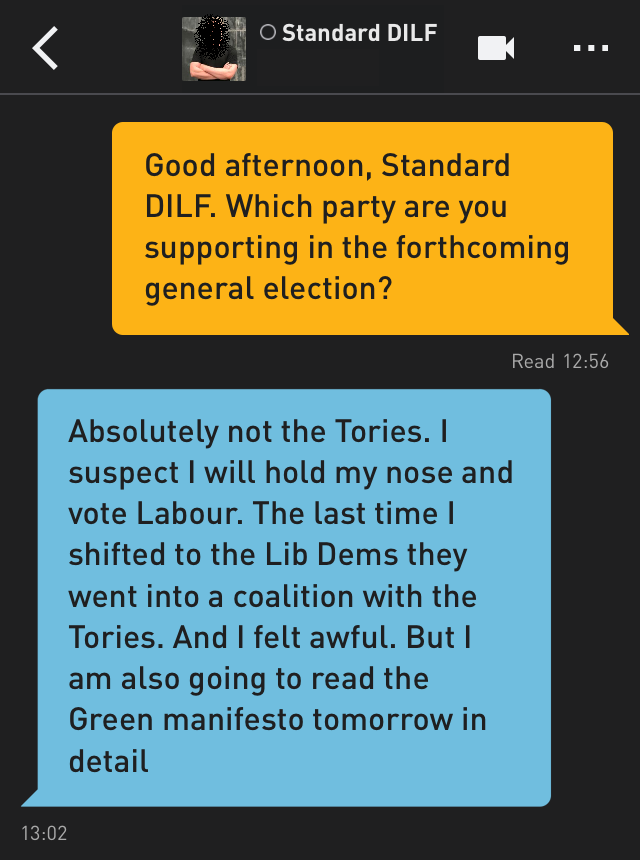 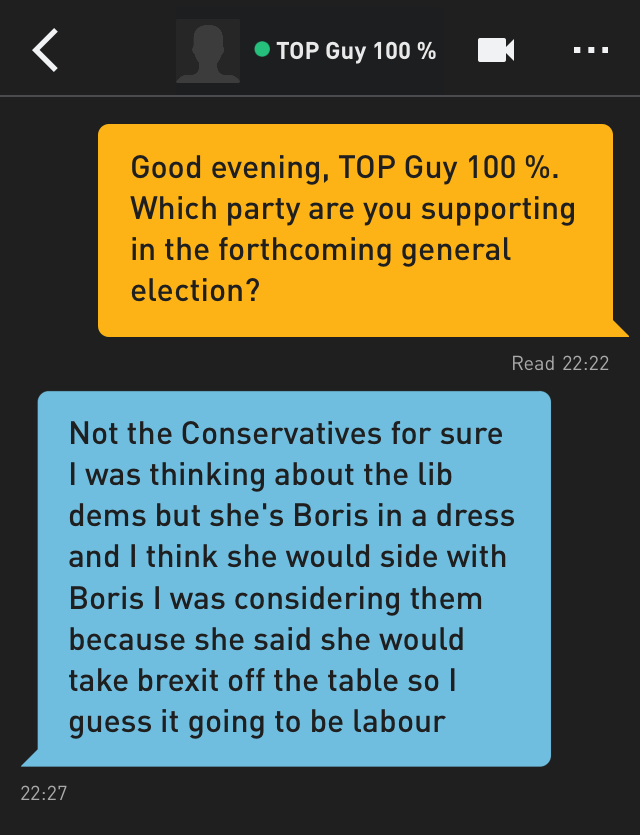 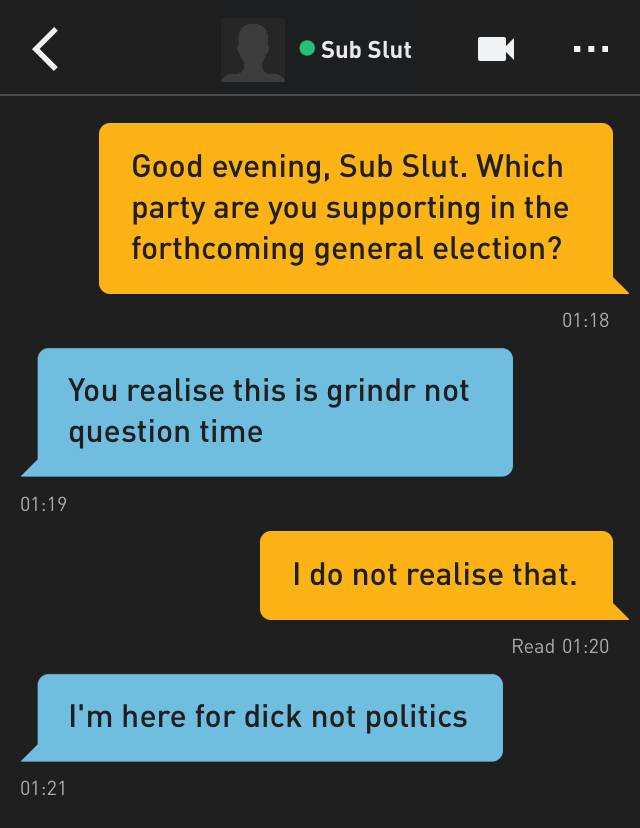 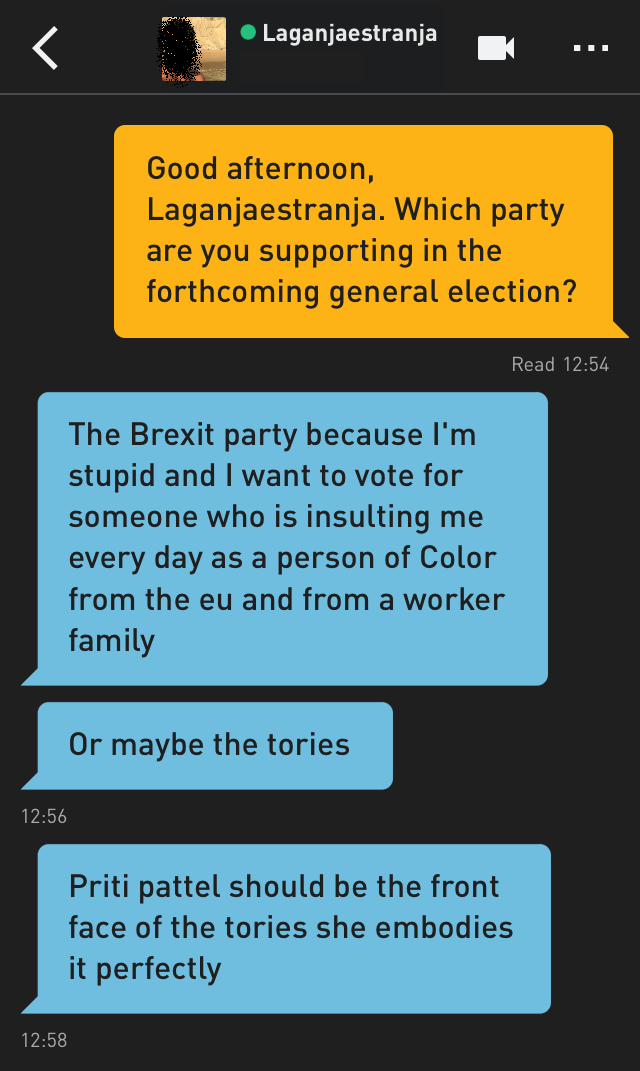 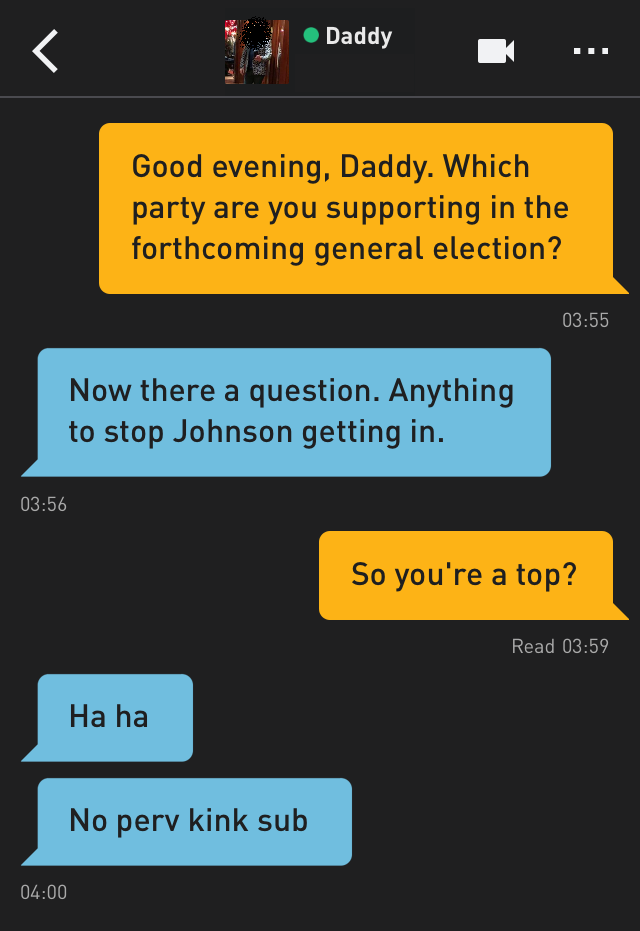 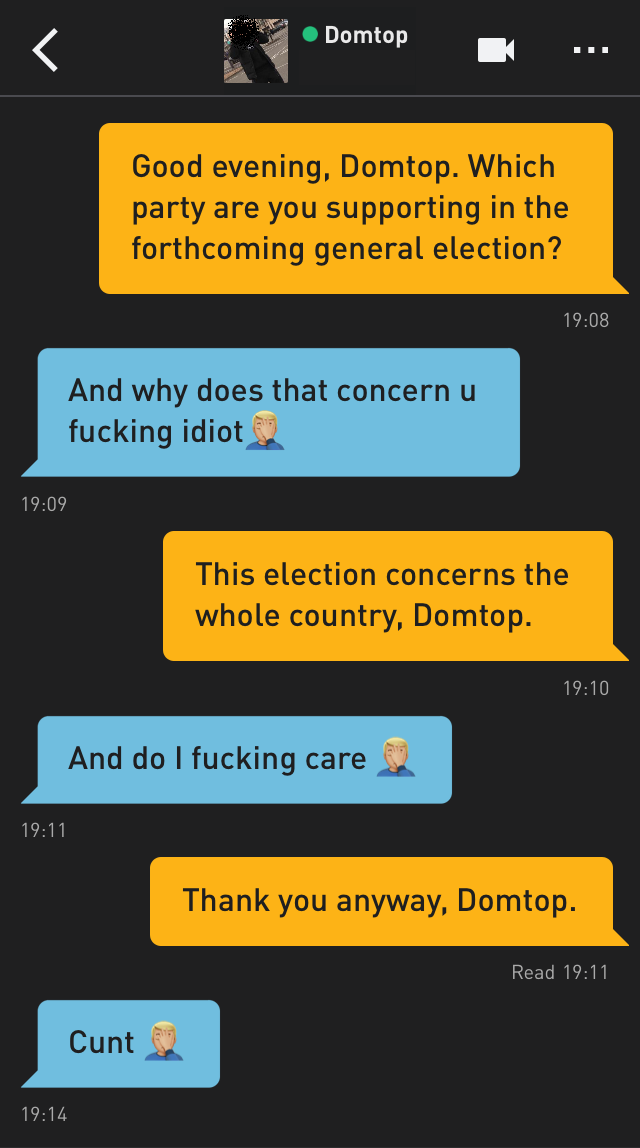 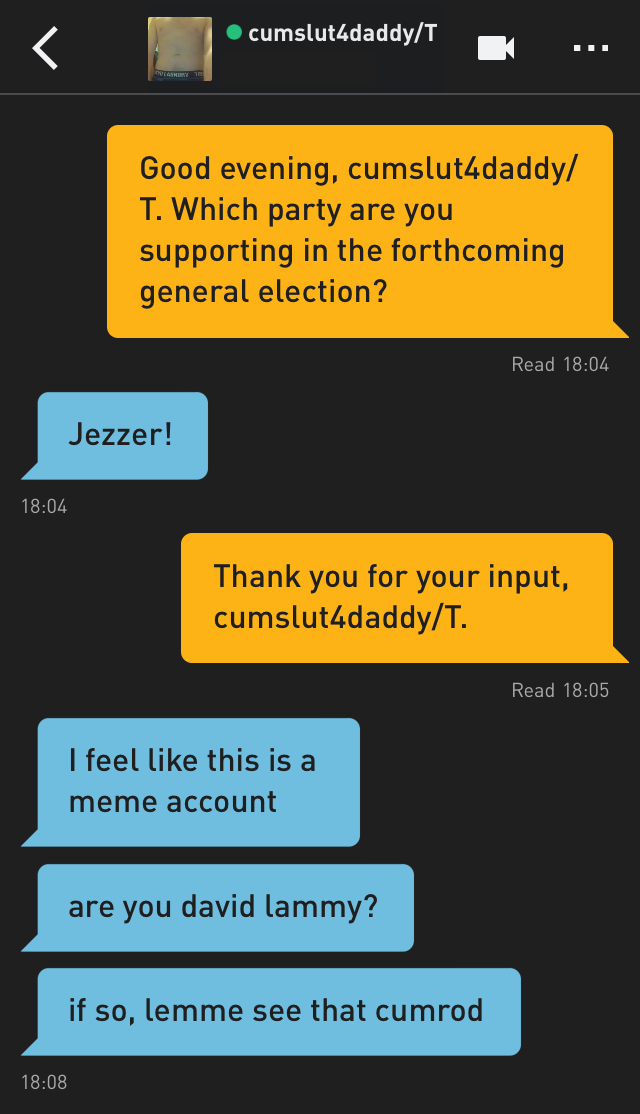 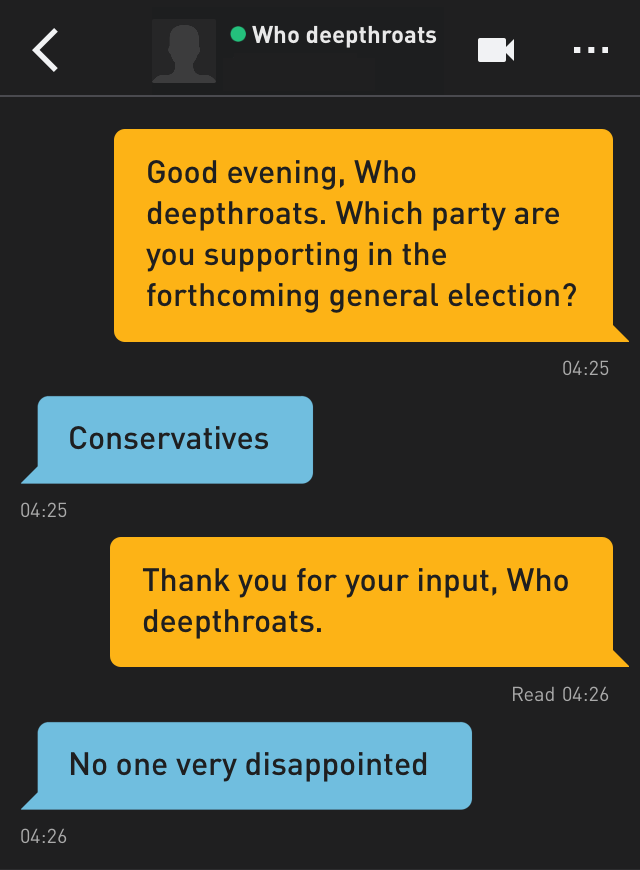 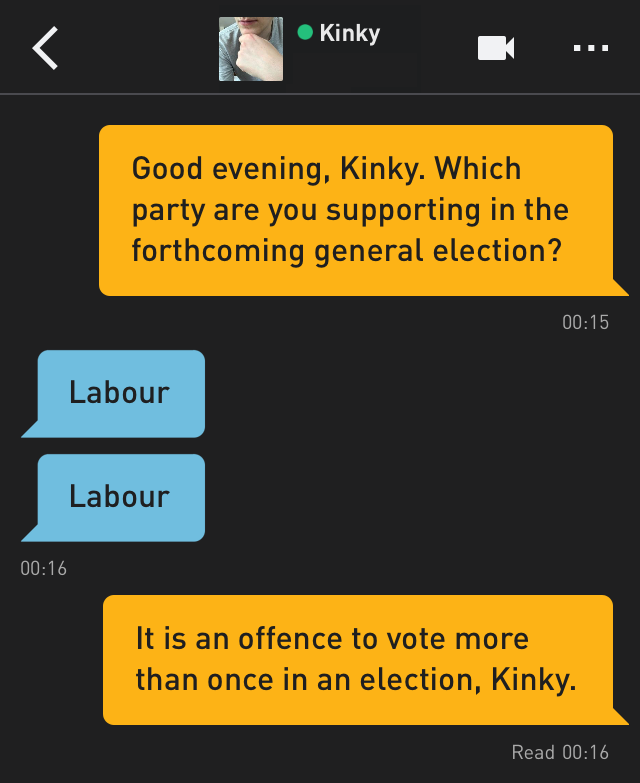 Of the 788 users I questioned, 270 responses were counted. 131 of these users settled on a party or candidate. Here are their results:

Here are the swings in support since my 2017 poll of London Grindr users:

A further 138 users responded, but did not settle on a party.

19 were undecided, and could not be swayed to pick a favourite.

Some voters who were undecided, or unwilling to express support for one specific party over the others, still gave some indication of their preferences:

In any case where a Grindr user was undecided on their final vote, but still able to pick a favourite party, they were counted towards that party’s tally. However, I also took note of any second preferences they volunteered.

17 polled do not support any party, or stated that they were not going to vote. This includes 1 user who intends to spoil their ballot.

23 polled are not eligible to vote. Of those who gave reasons, 15 are not British residents, 1 missed the voter registration deadline, and 1 is underage.

Other responses can be roughly categorised as follows:

Thank you for reading. Vote Labour.

One Reply to “London Grindr users on the 2019 general election”