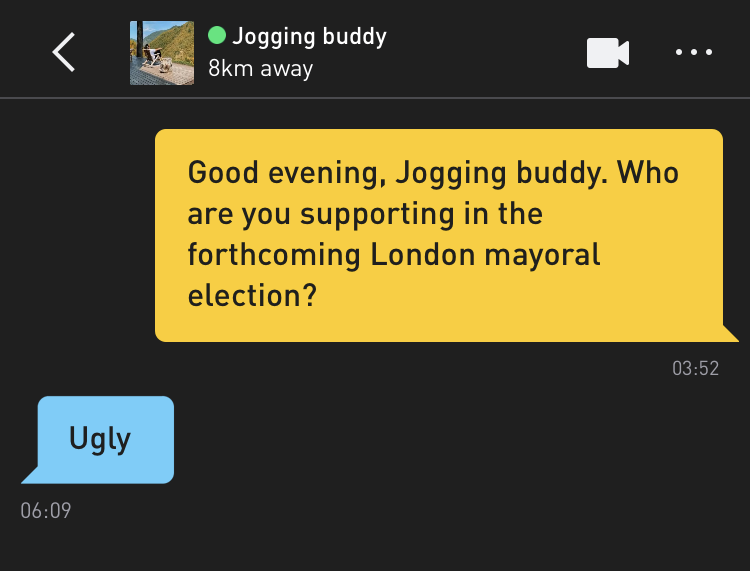 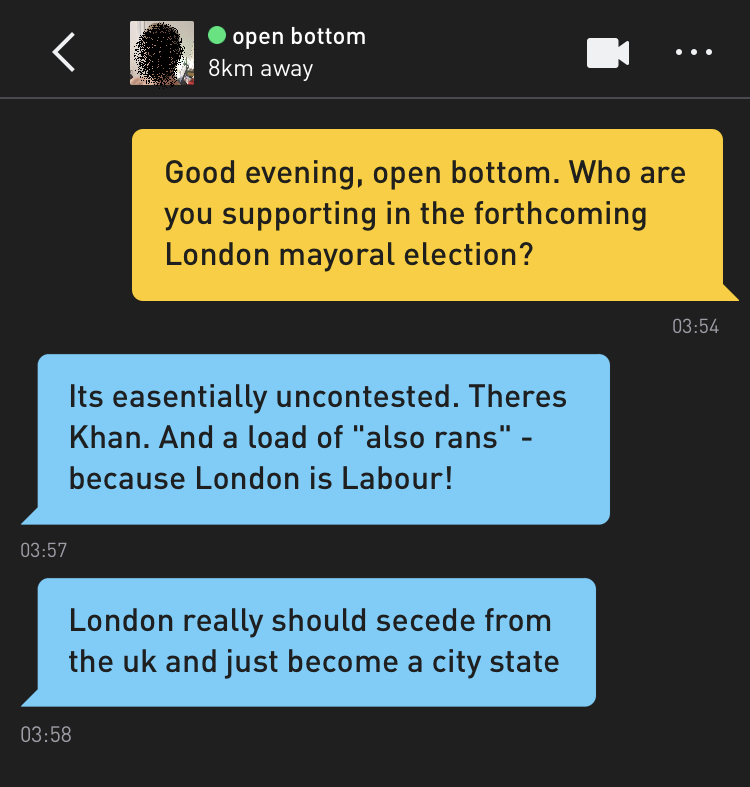 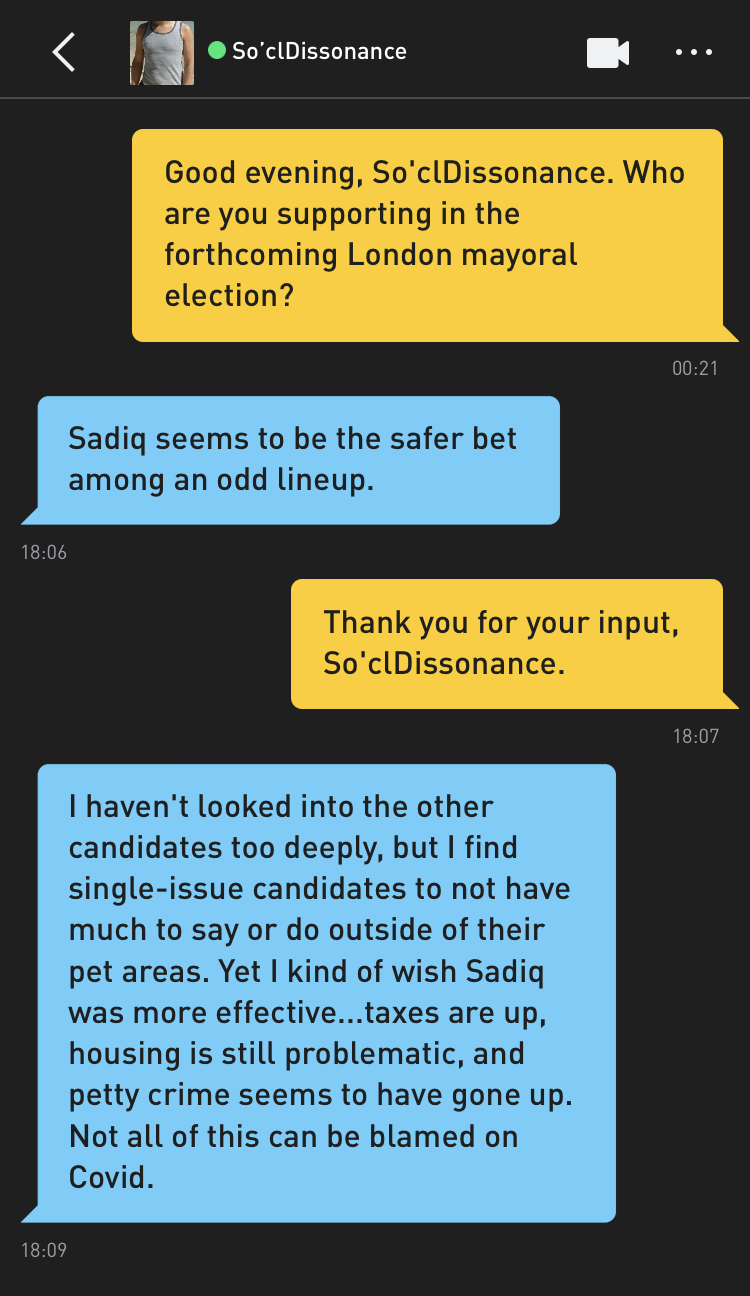 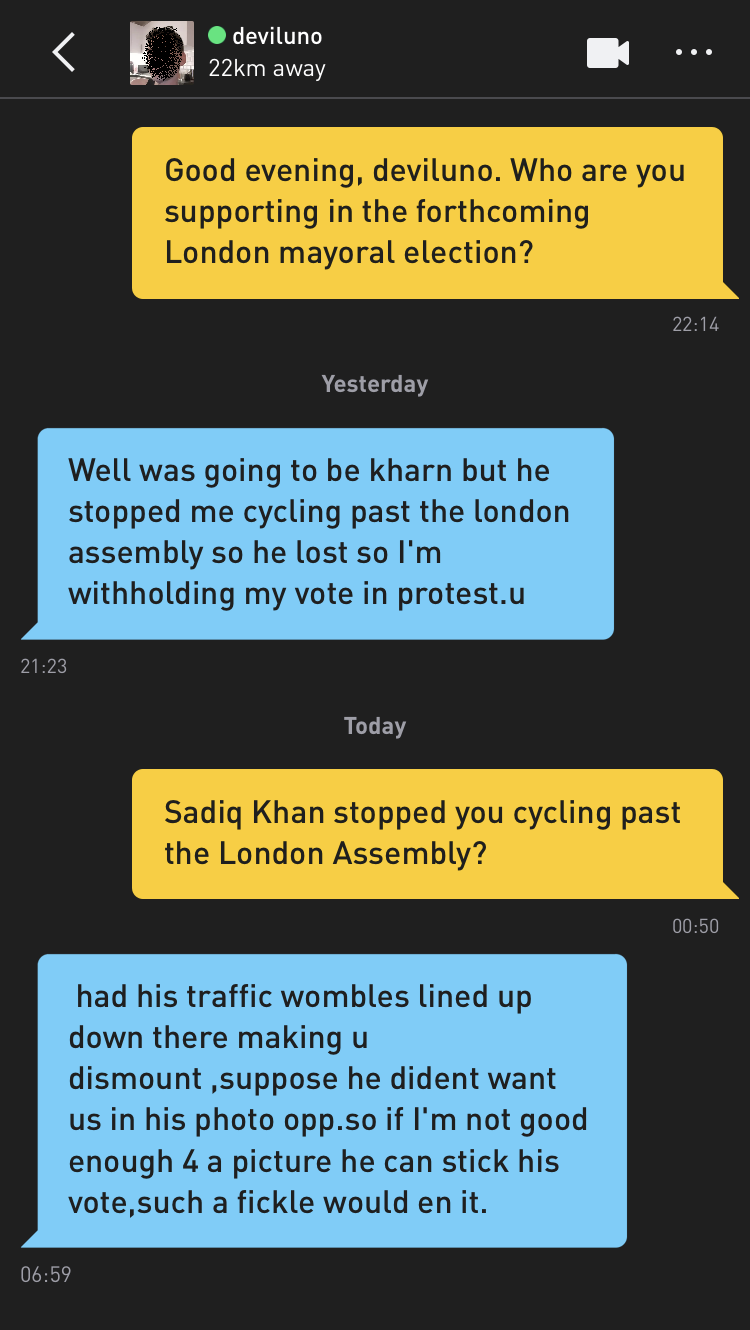 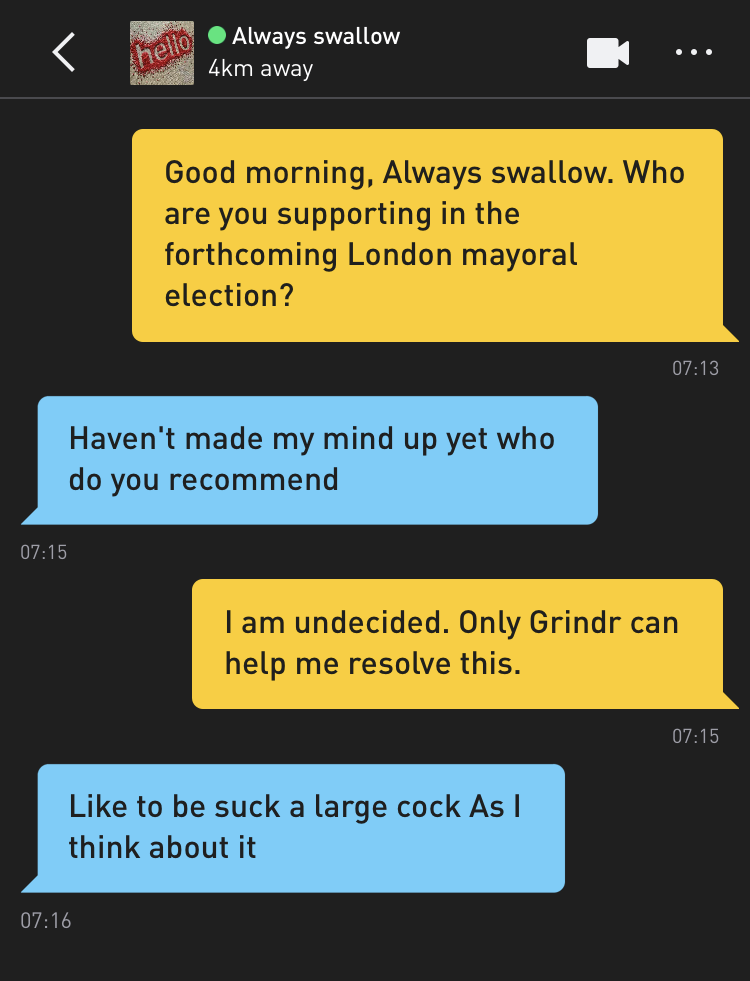 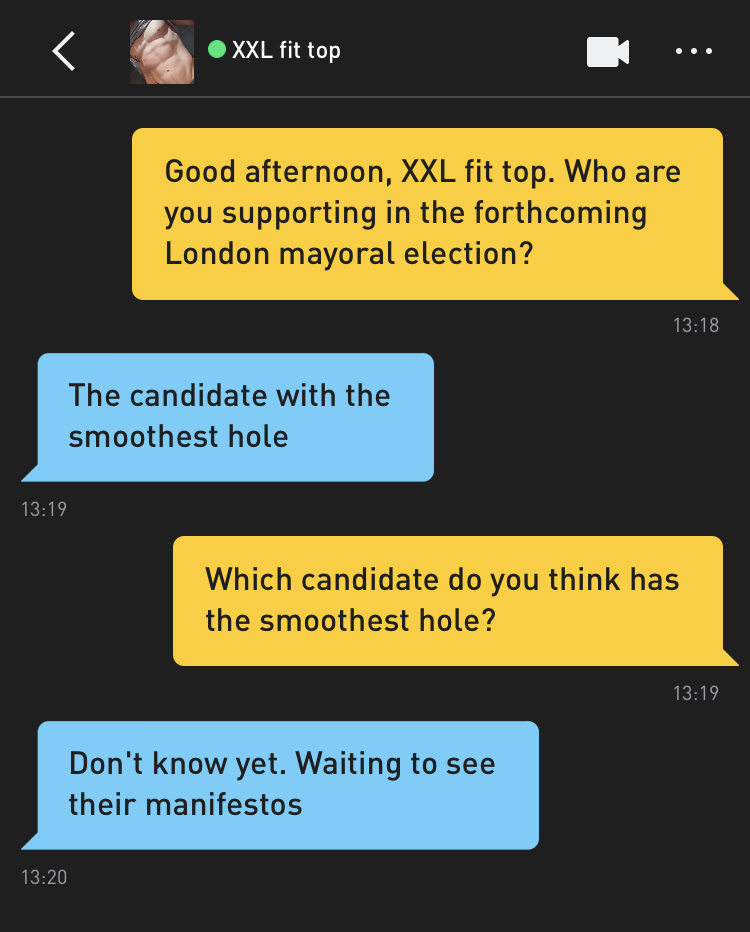 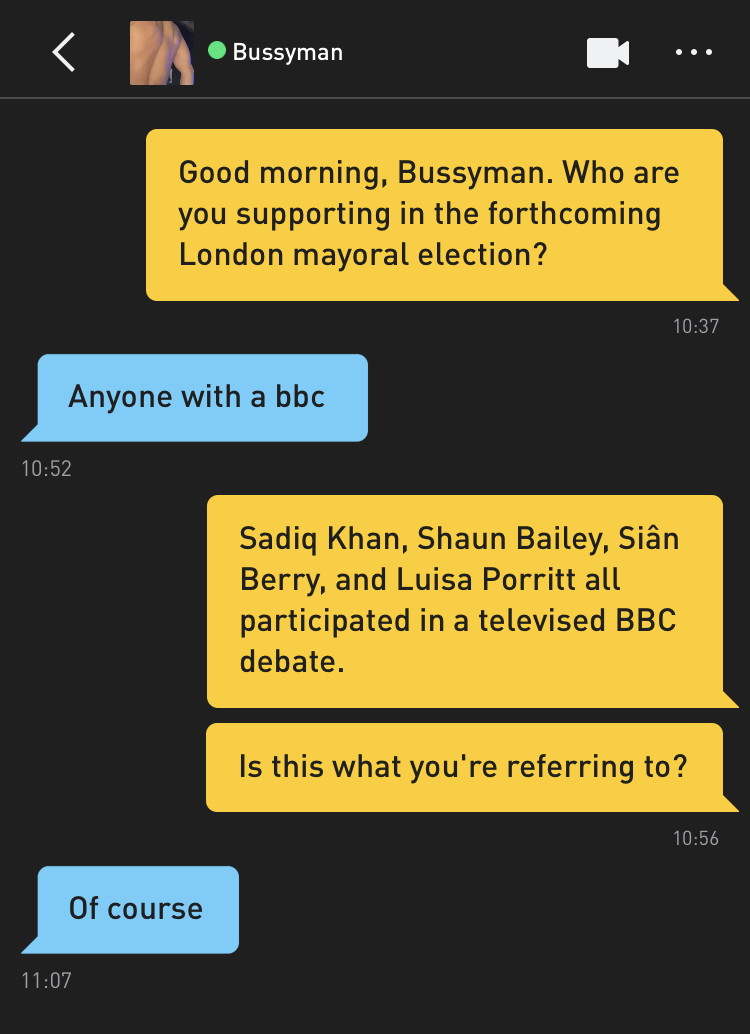 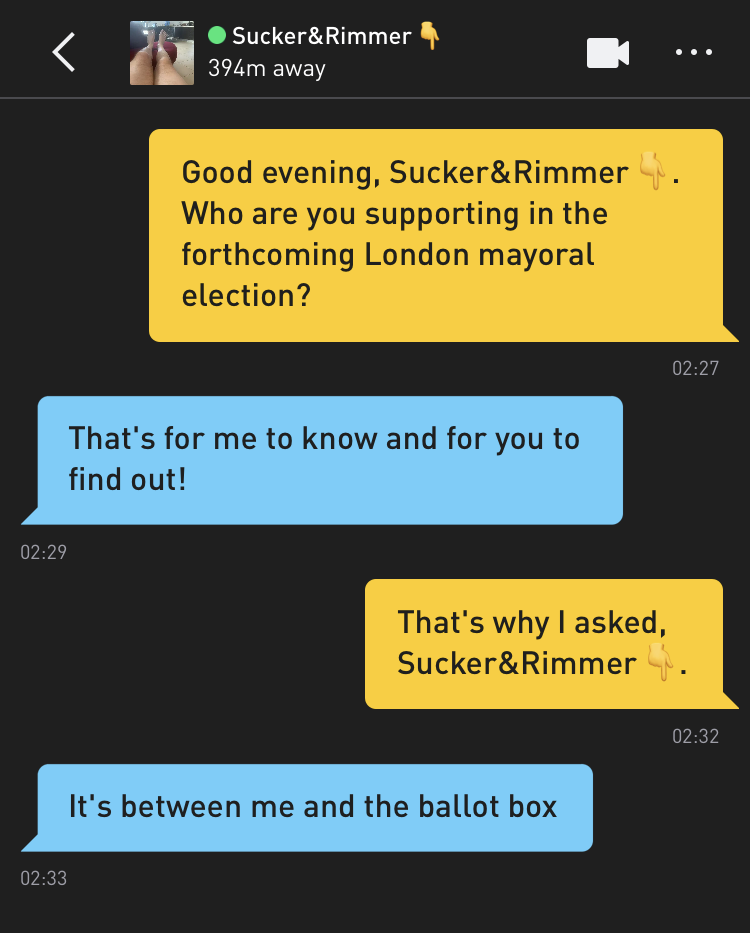 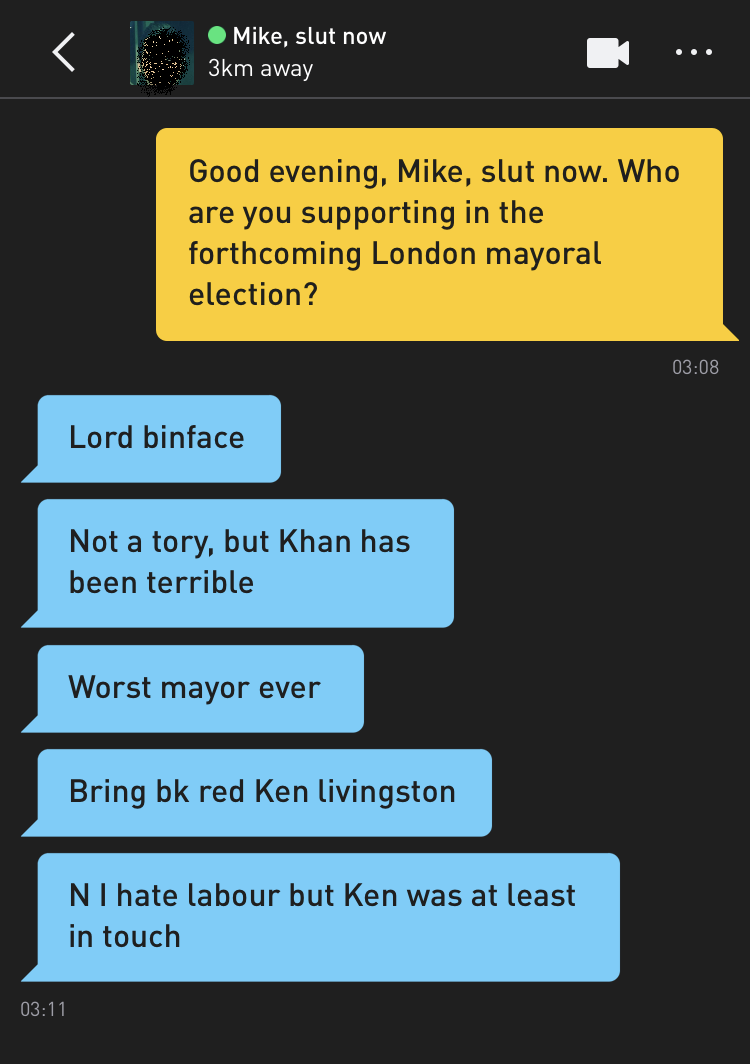 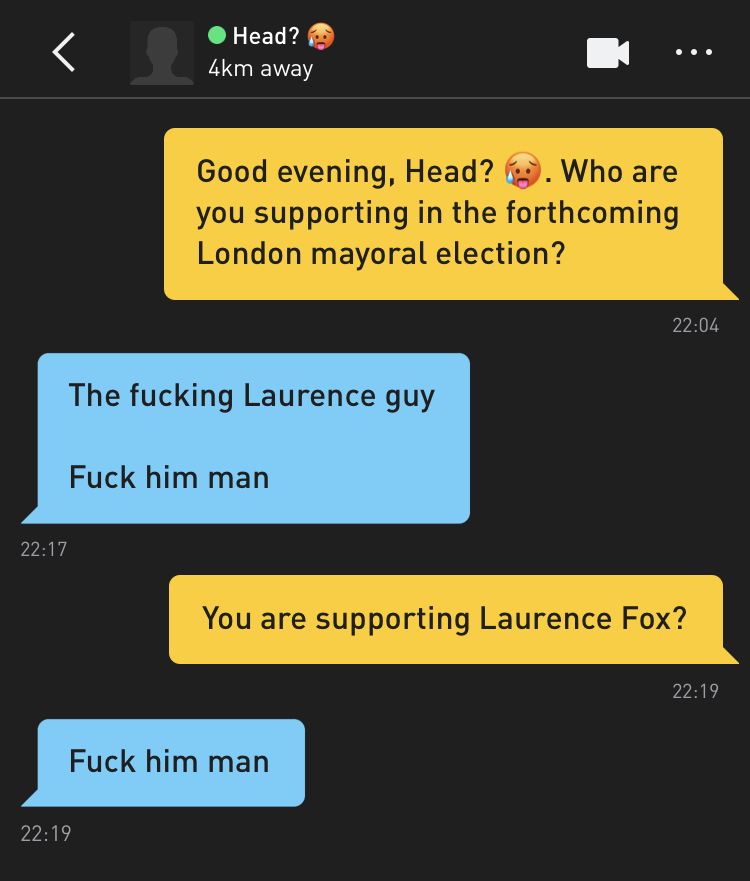 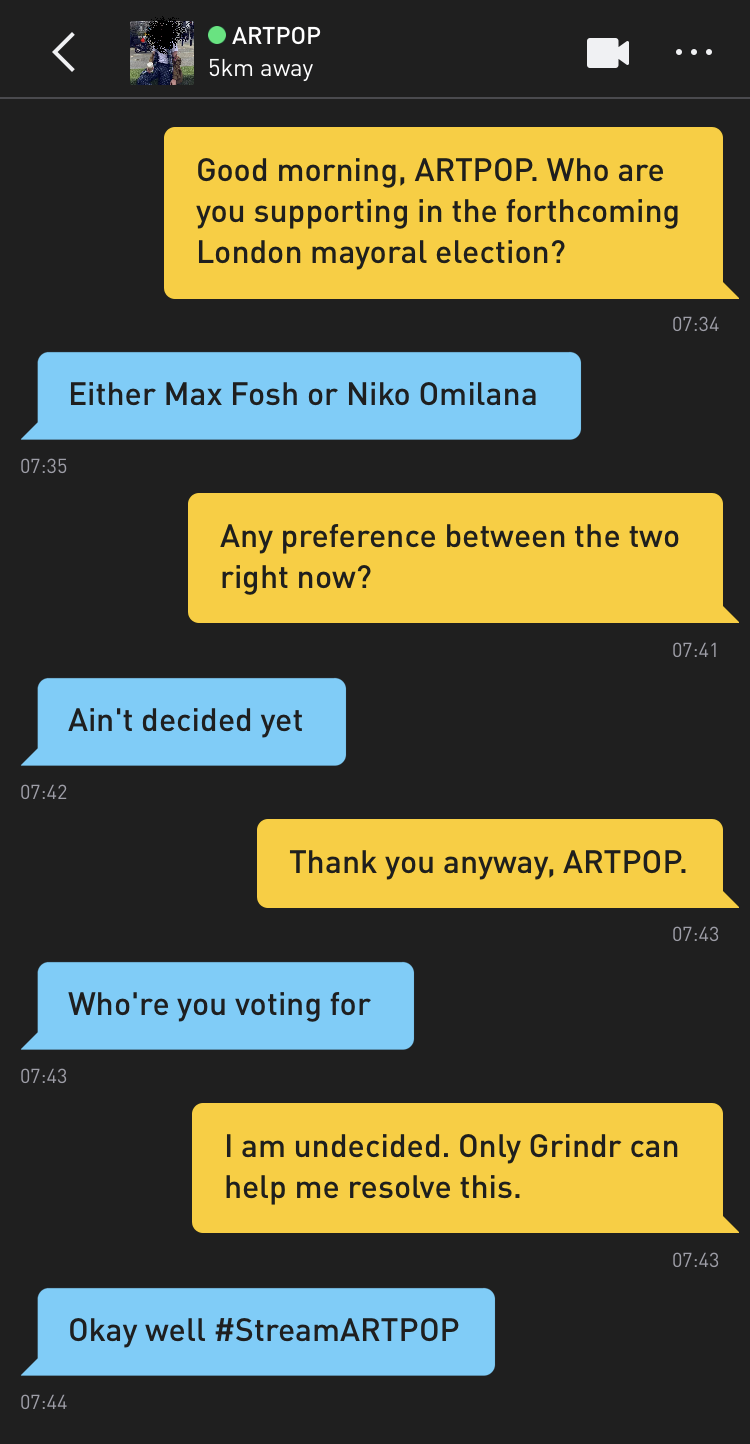 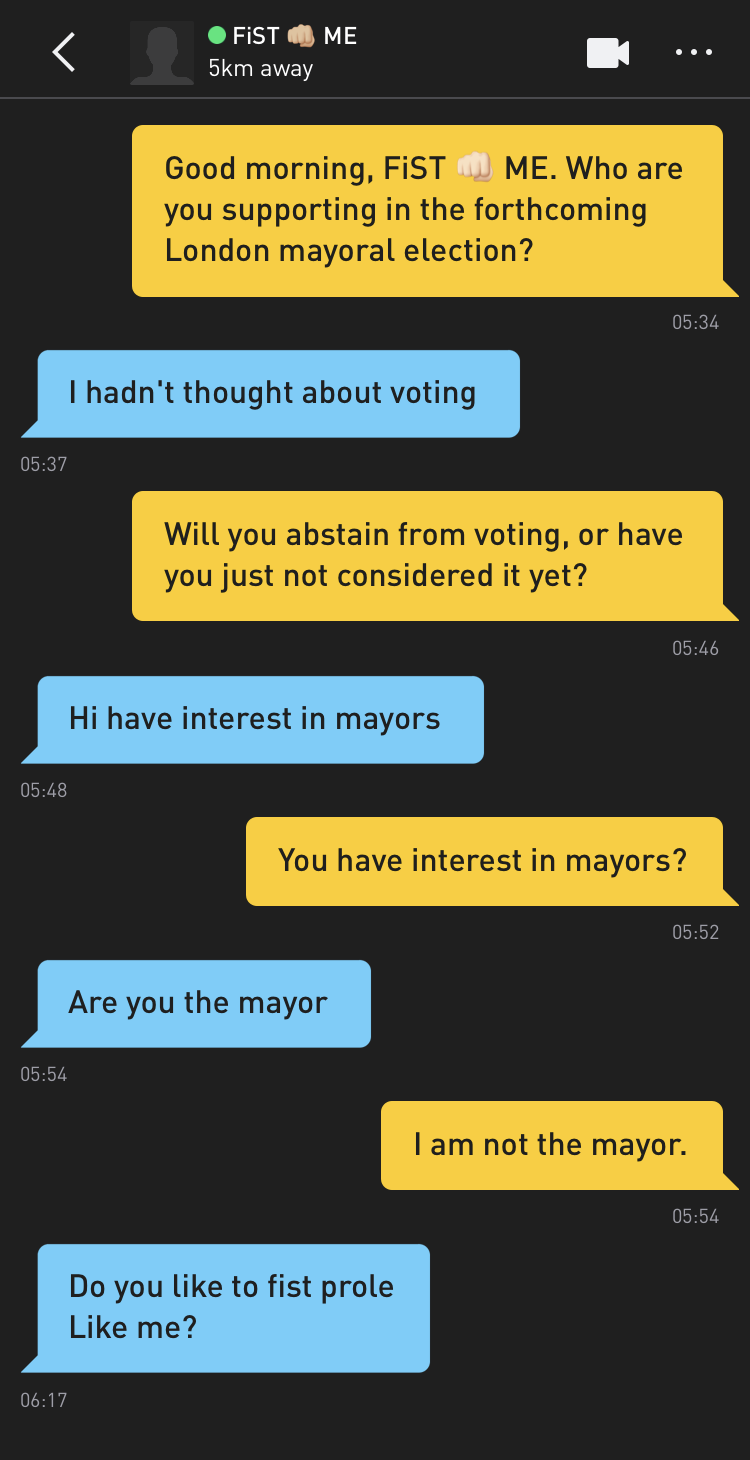 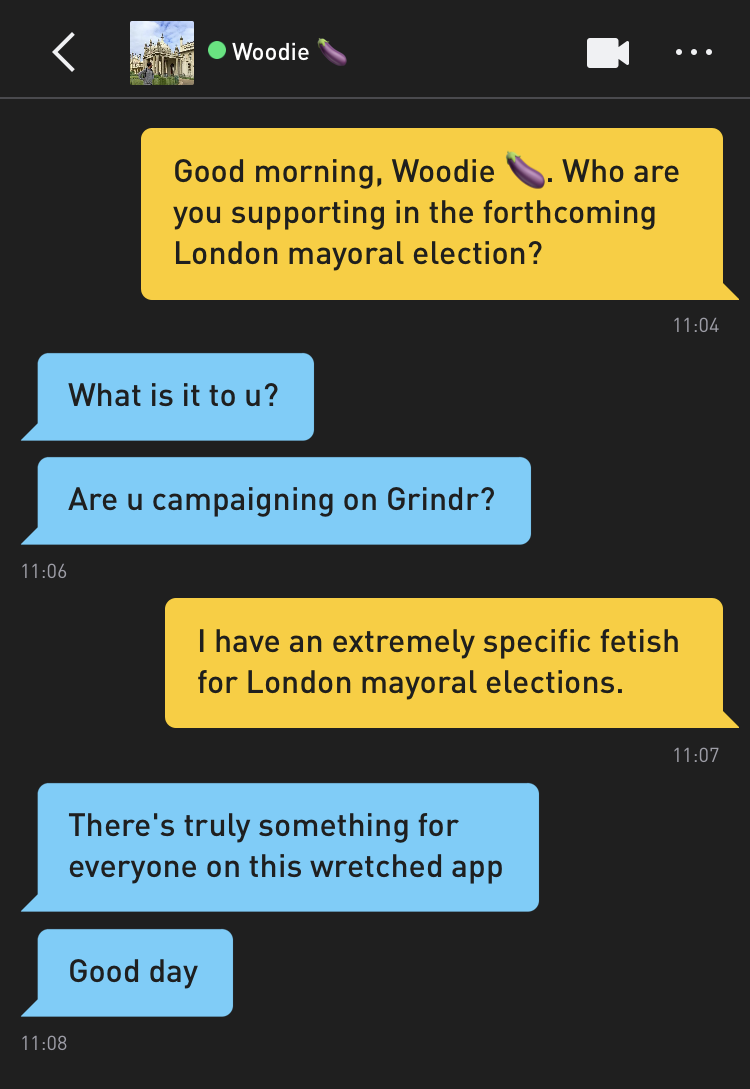 Of the 1,059 users I questioned, 293 responses were counted. 74 of these answered with an eligible candidate. 11 of the 20 candidates on the ballot received at least 1 vote. Here are the results:

Incumbent mayor Sadiq Khan is comfortably re-elected, while Siân Berry, Niko Omilana, and Shaun Bailey at least clear the 5% mark required not to lose their deposits.

Not counted towards the percentages are the following responses:

Evasive or unclear responses can be roughly divided into the following categories: