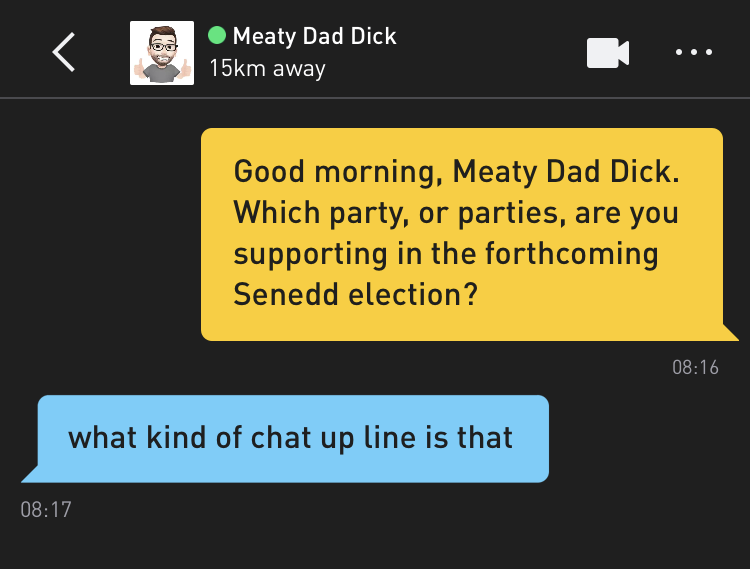 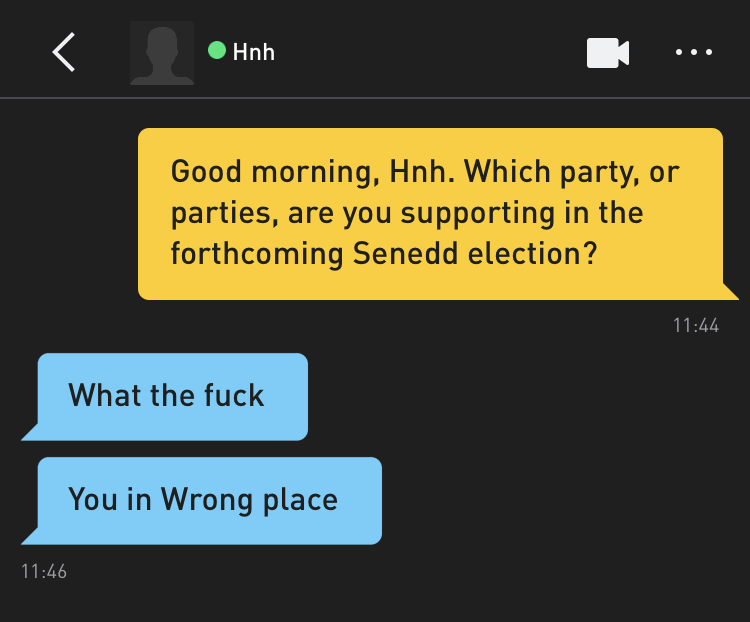 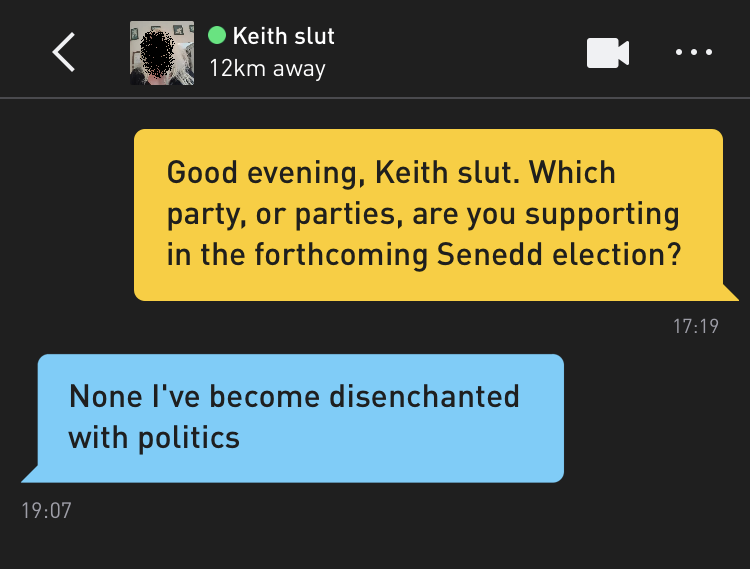 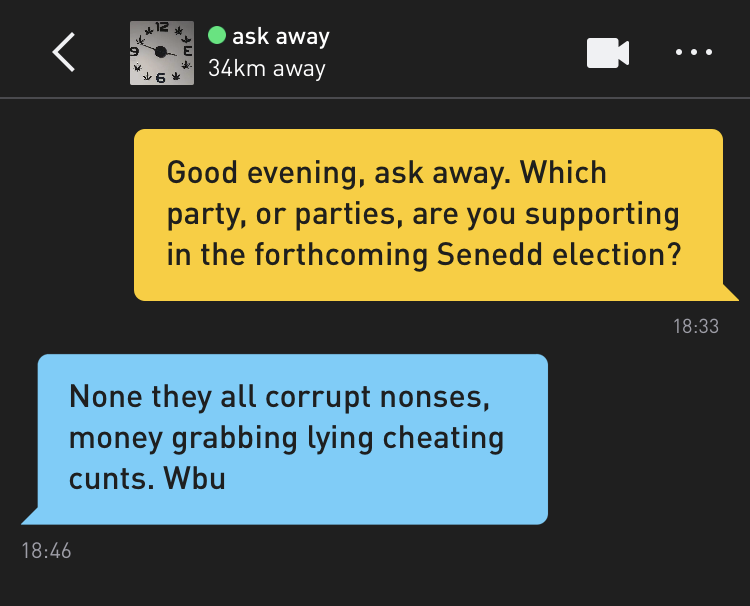 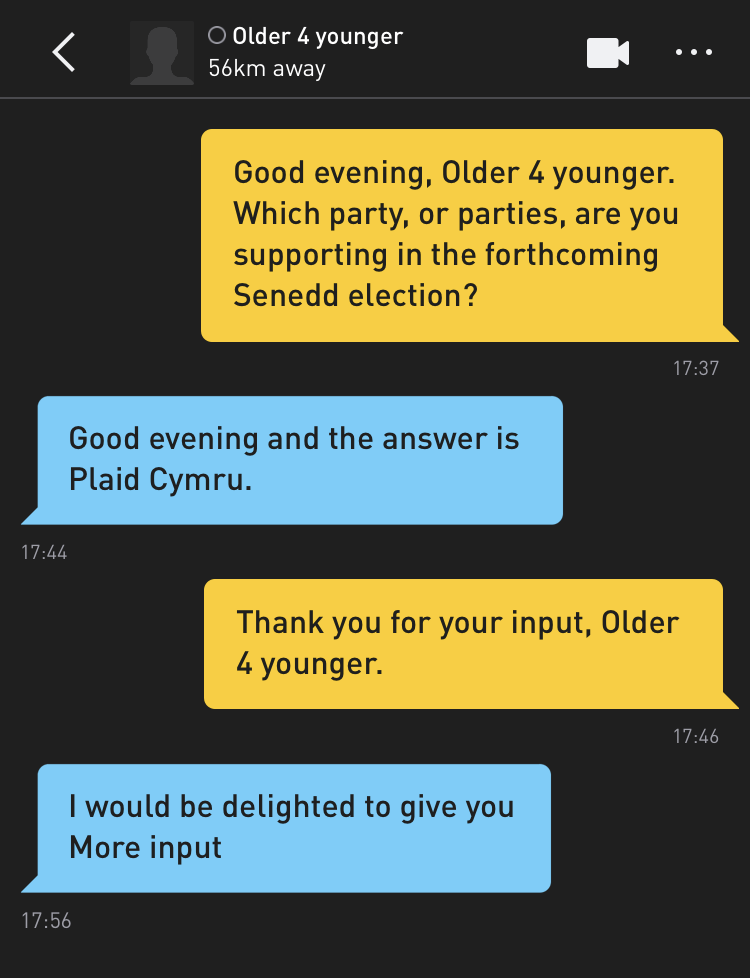 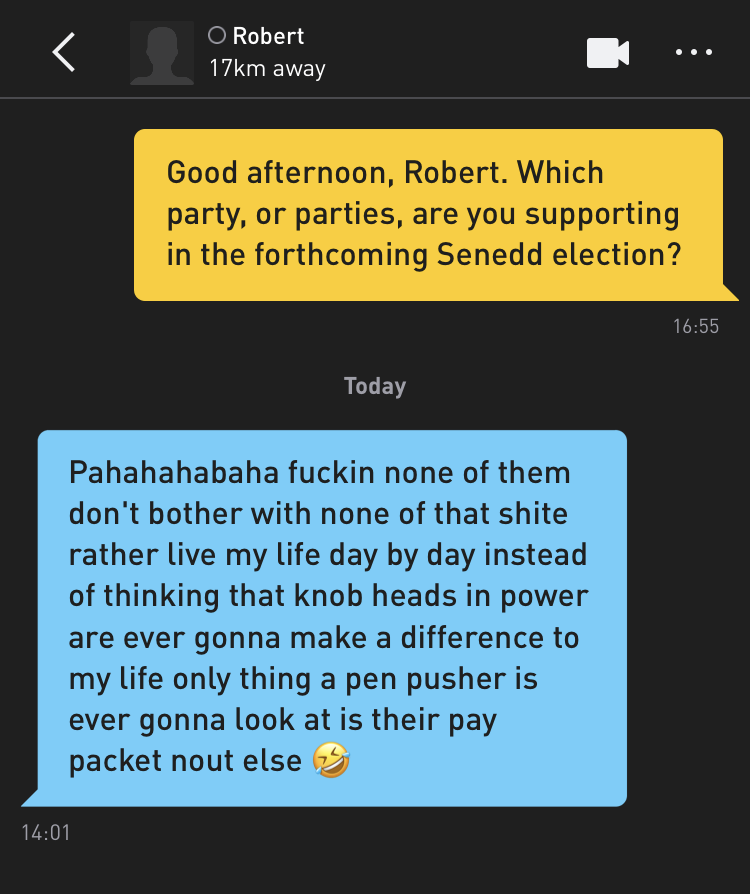 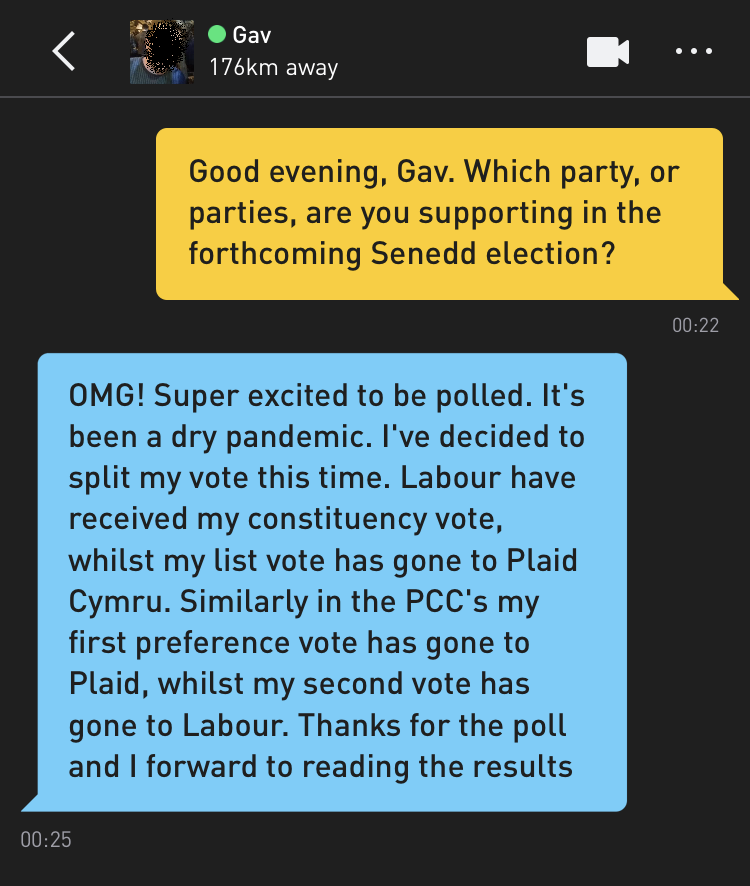 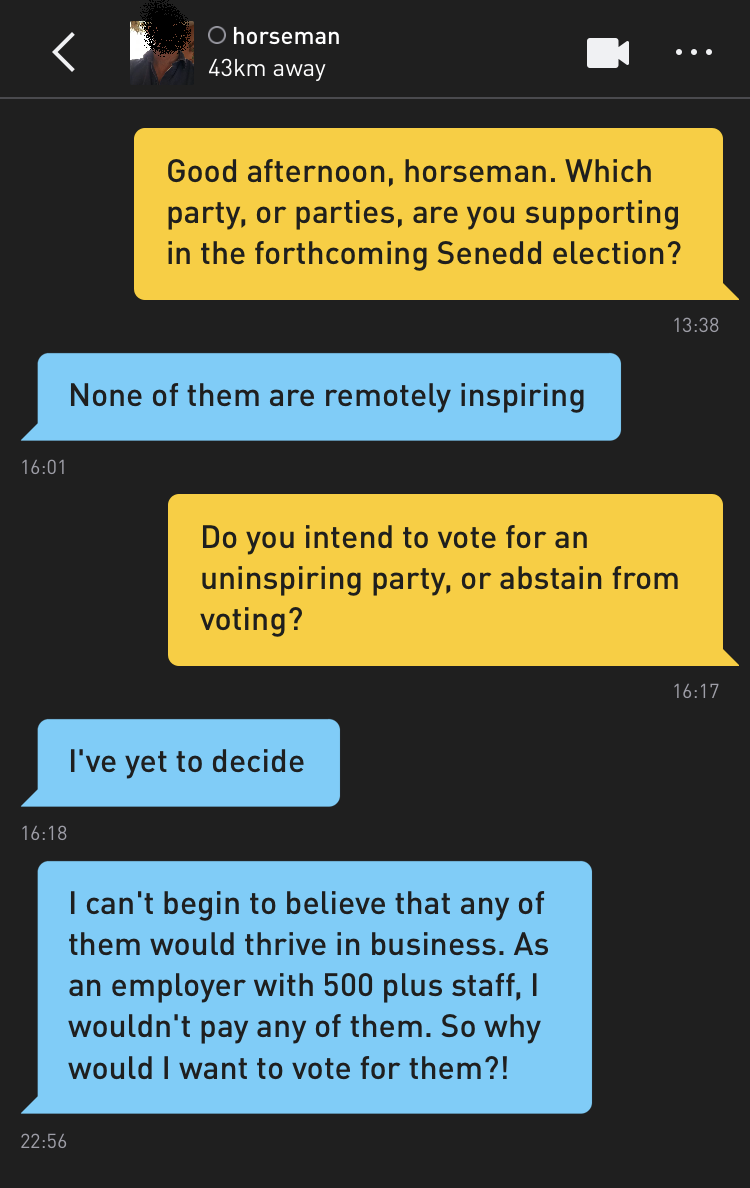 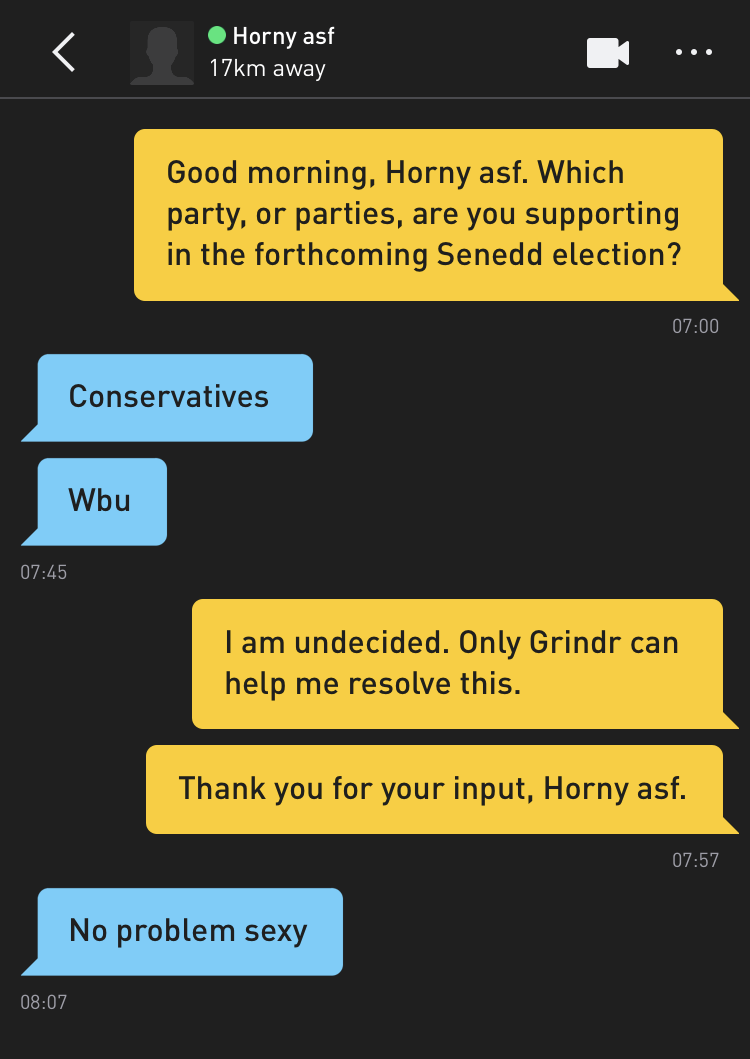 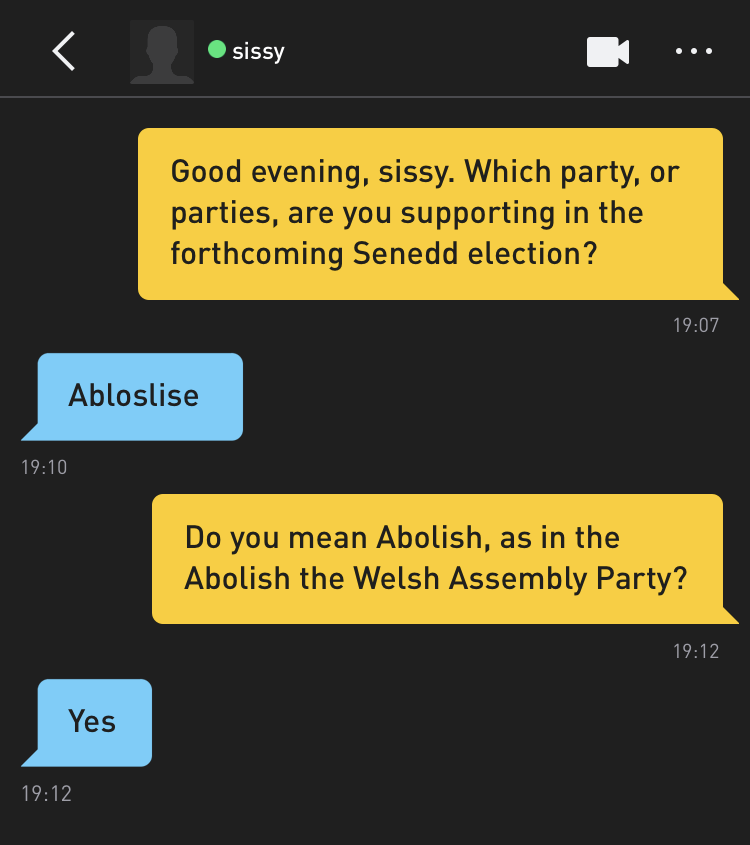 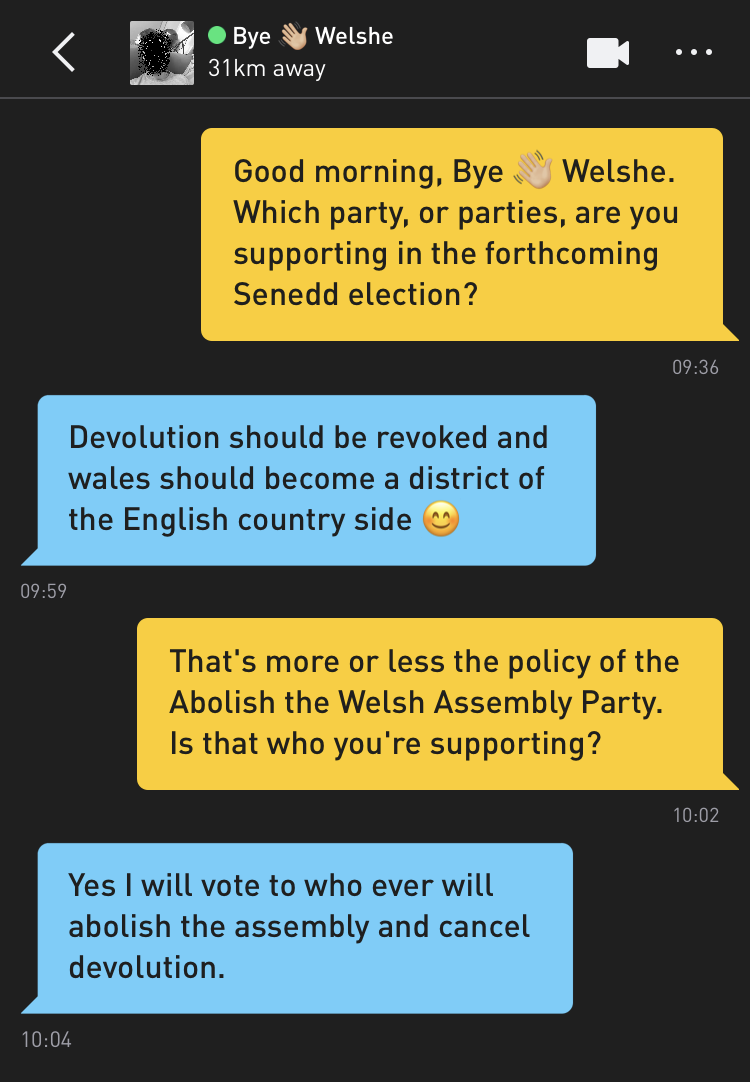 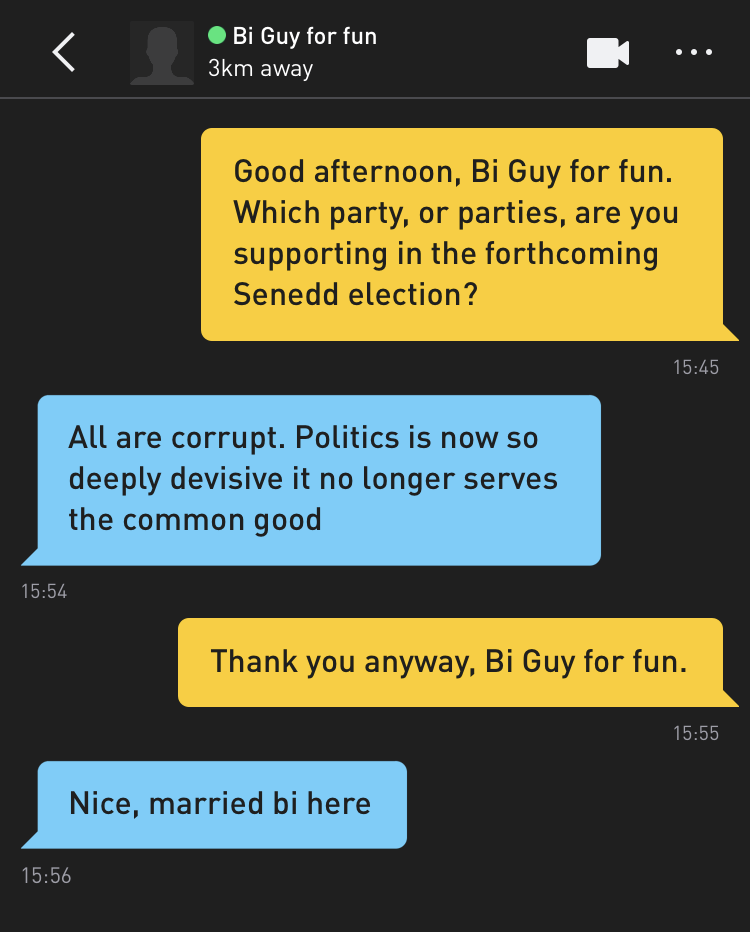 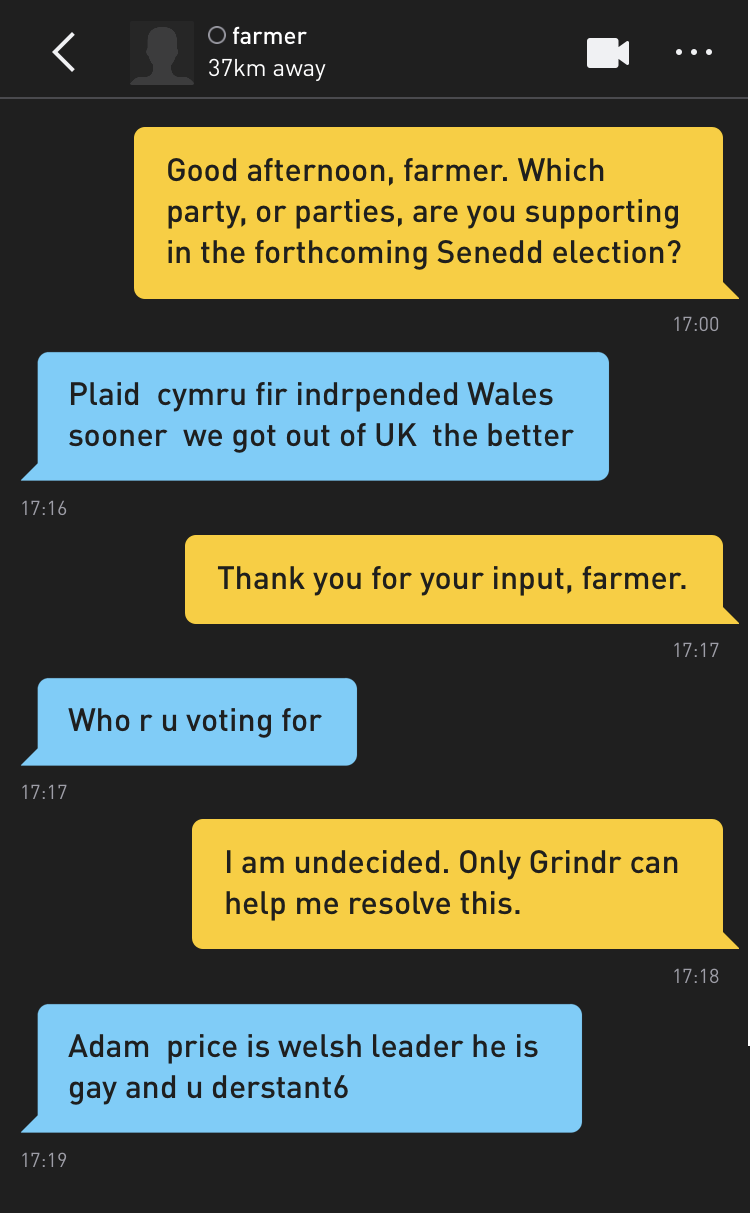 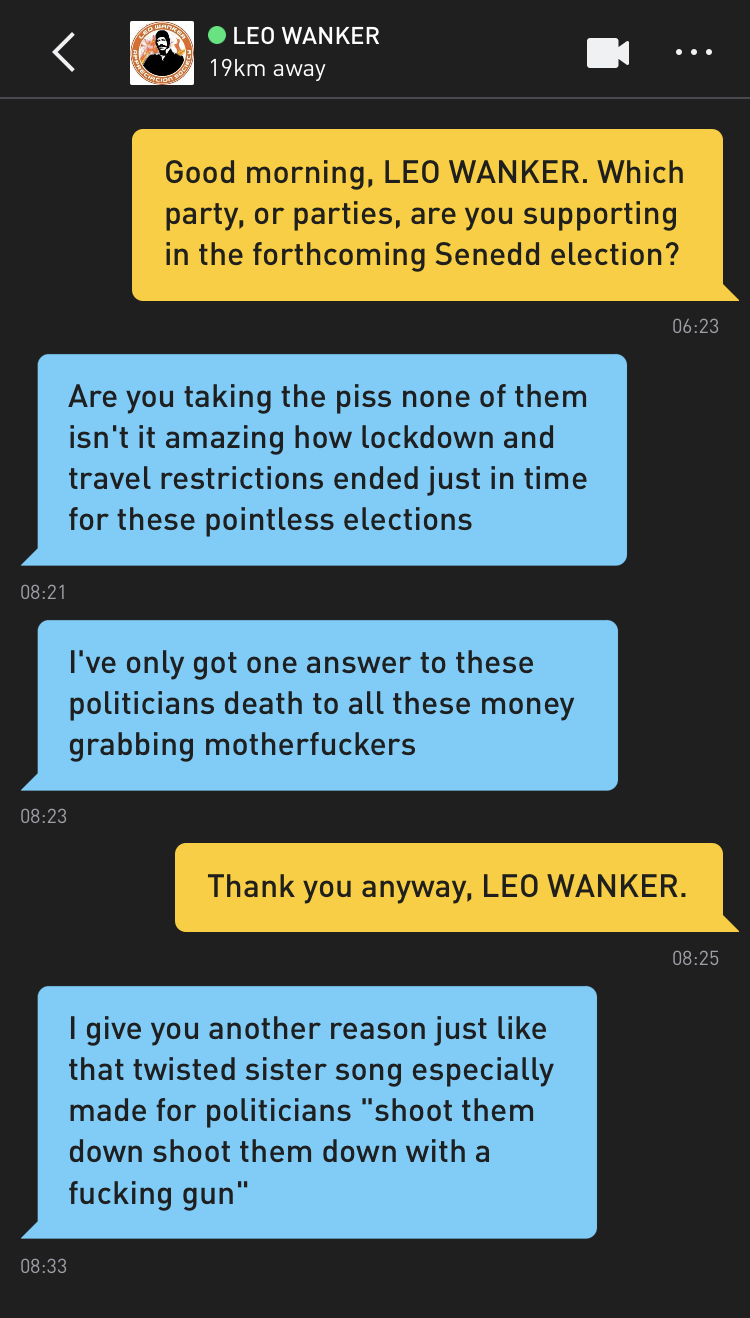 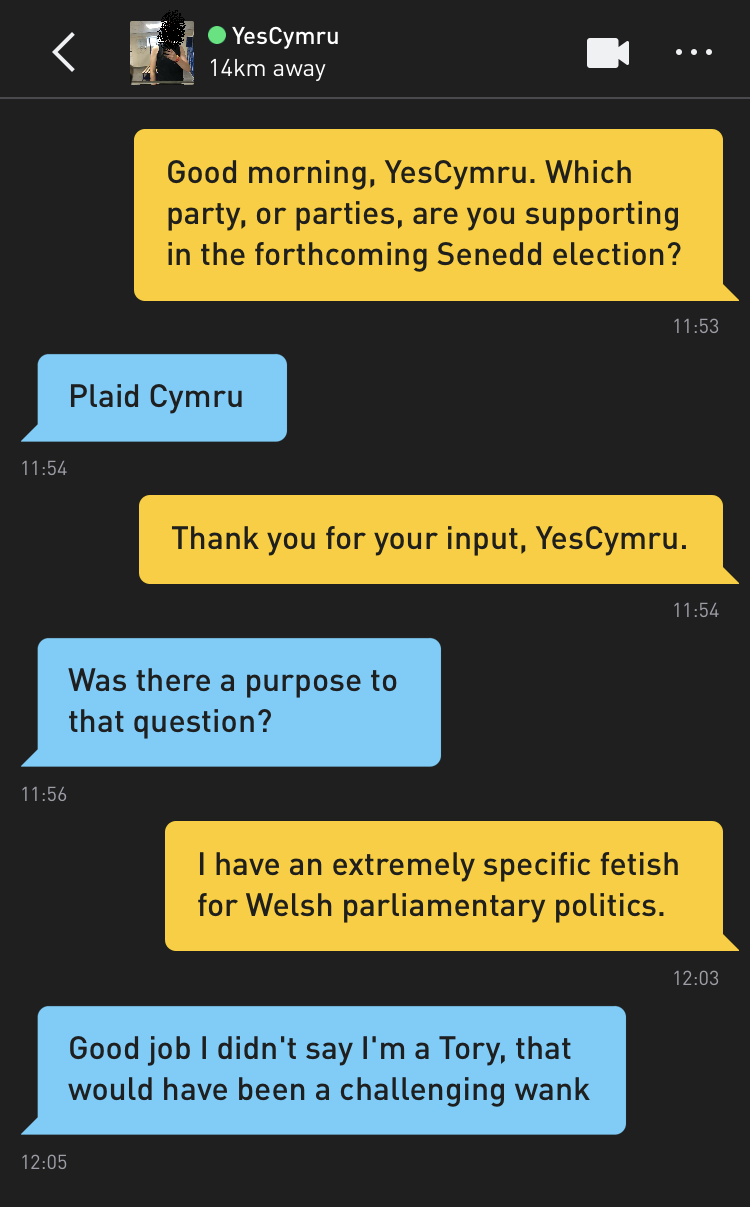 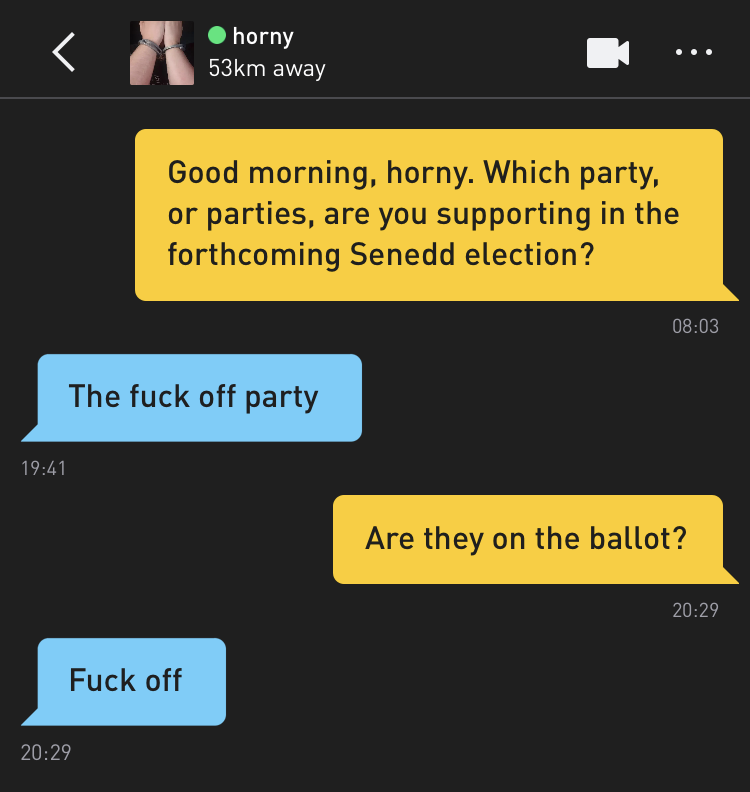 Of the 816 users I questioned, 260 responses were counted. 83 of these users answered with parties.

Voters in Senedd elections get two votes – one vote to elect an MS in their constituency using first-past-the-post, and one vote to elect additional MSs from broader regional lists using proportional representation. In order not to overly harass users for specific details of their votes, I made the following assumptions: that anyone who replied with only one party was supporting them in both the constituency and list vote, and that anyone who replied with two parties without clarifying which was their constituency vote and which was their list vote was naming them in sequential order – the first being their first vote (i.e. their constituency vote), and the second being their second vote (i.e. their list vote).

This is every combination of parties I received:

Here are the results of the constituency vote:

And here are the results of the list vote:

Elections of police and crime commissioners are taking place on the same day. I didn’t ask for votes in these, but 3 were volunteered anyway – 2 respondents voted Plaid (1 with Labour as 2nd preference), and 1 voted for an independent candidate whose name they can’t remember. Here’s what that looks like in table form:

Not counted towards any of the above percentages are the following responses: