On November 2, New York City will elect its next mayor. Prior to that, on June 22, Democratic and Republican primaries will be held to select their candidates for the election. I’ve polled Grindr on a number of previous occasions (including the United States’ 2016 and 2020 presidential elections). This time – 4 months in advance of the actual mayoral election, but just a few days before the primaries substantially narrow the field – I asked 1,414 NYC Grindr users who they want as mayor. 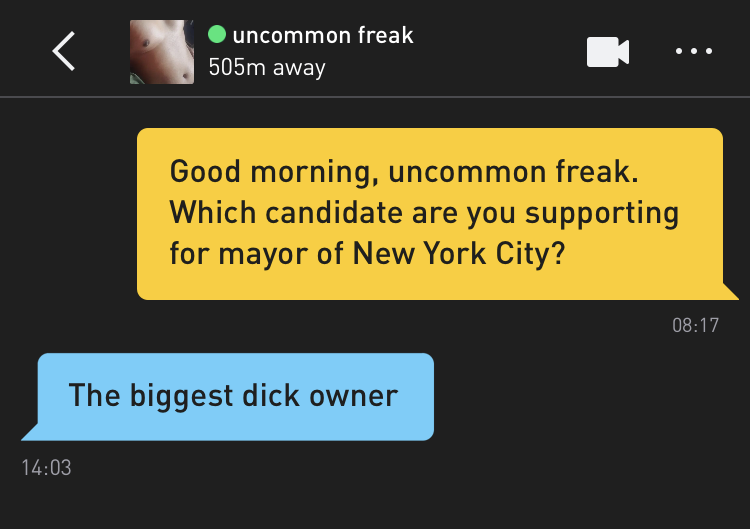 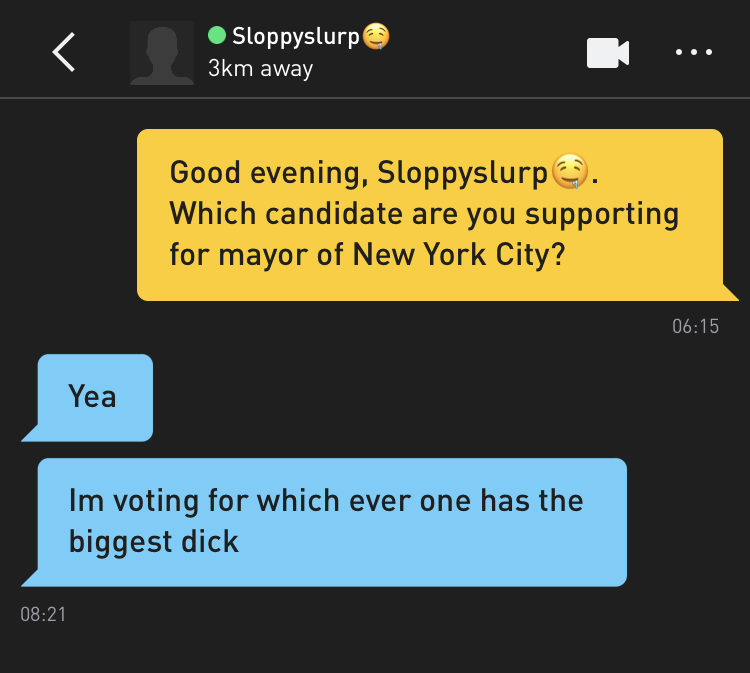 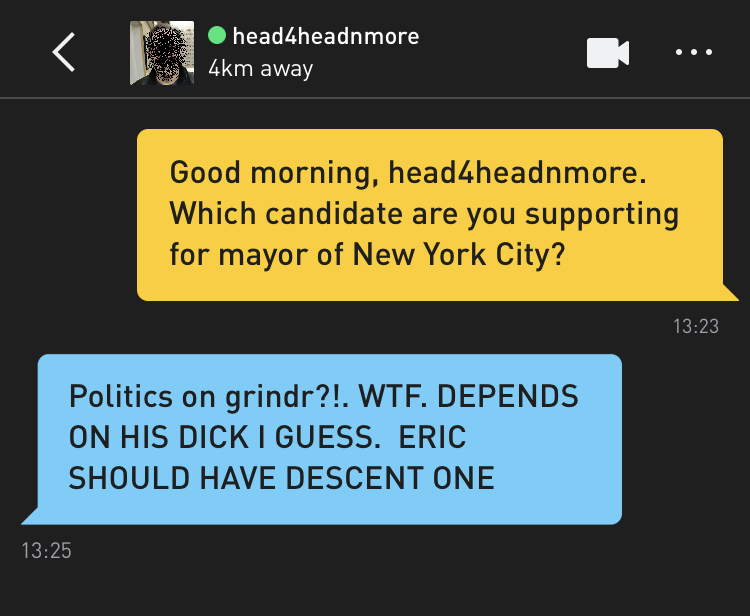 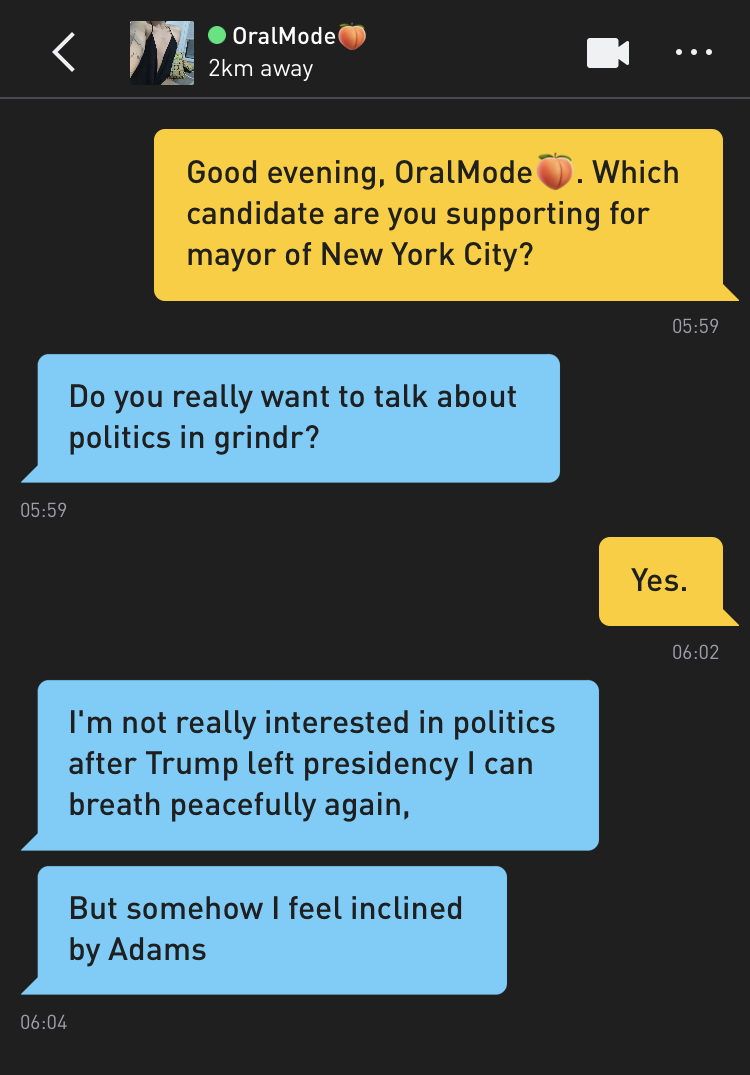 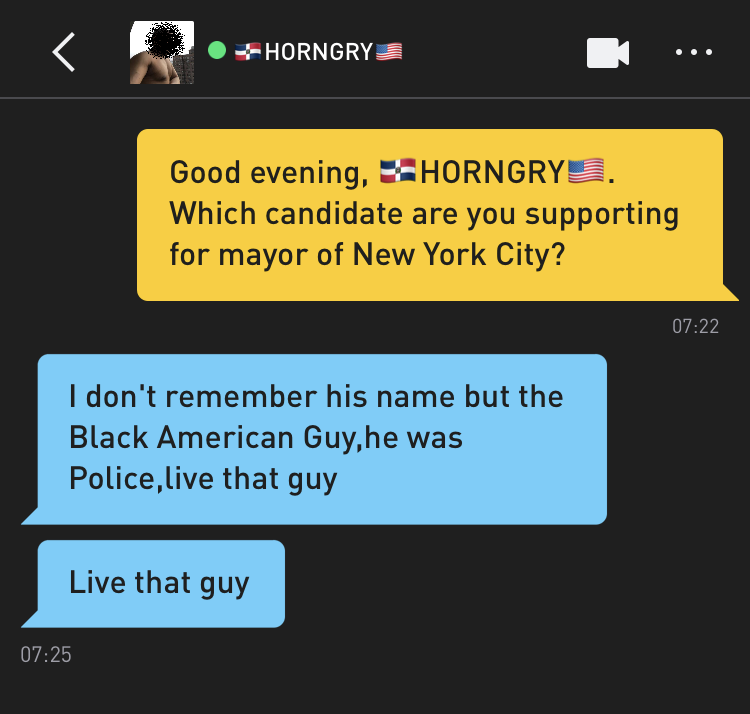 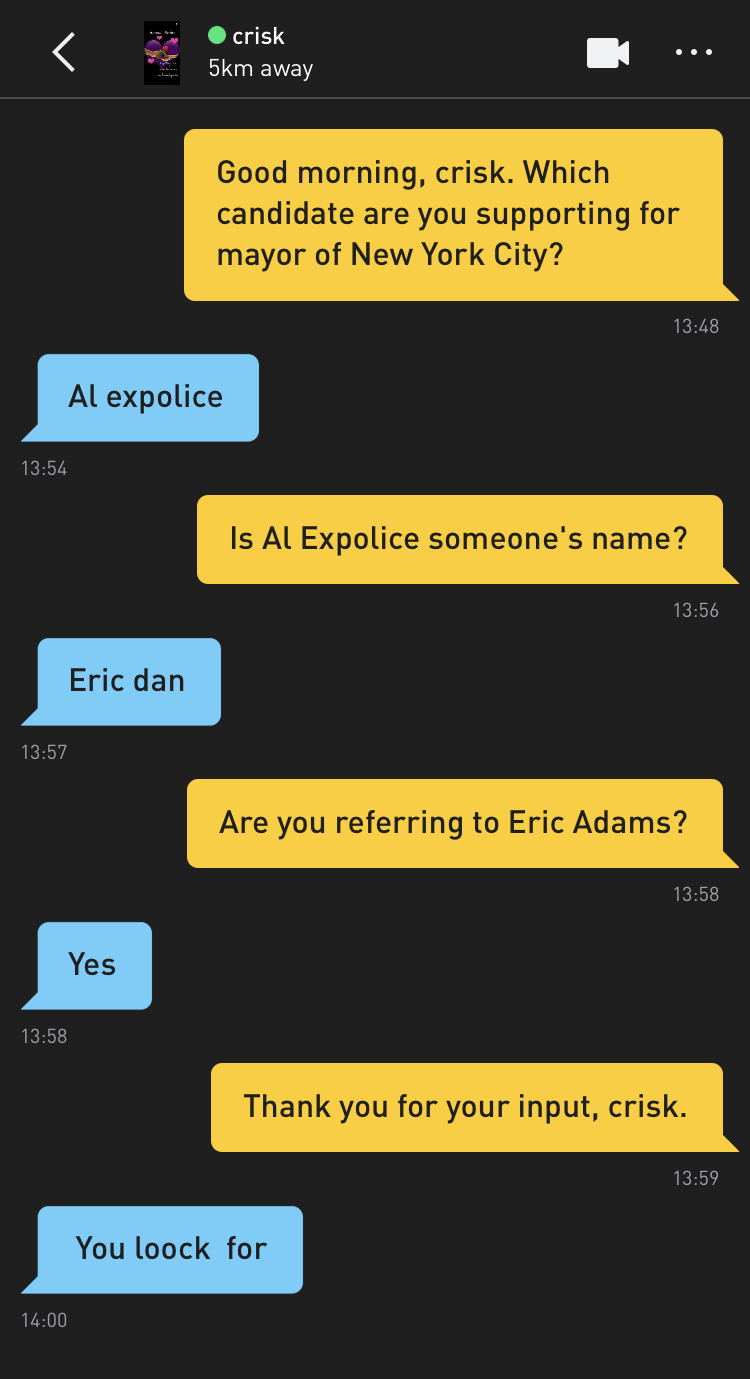 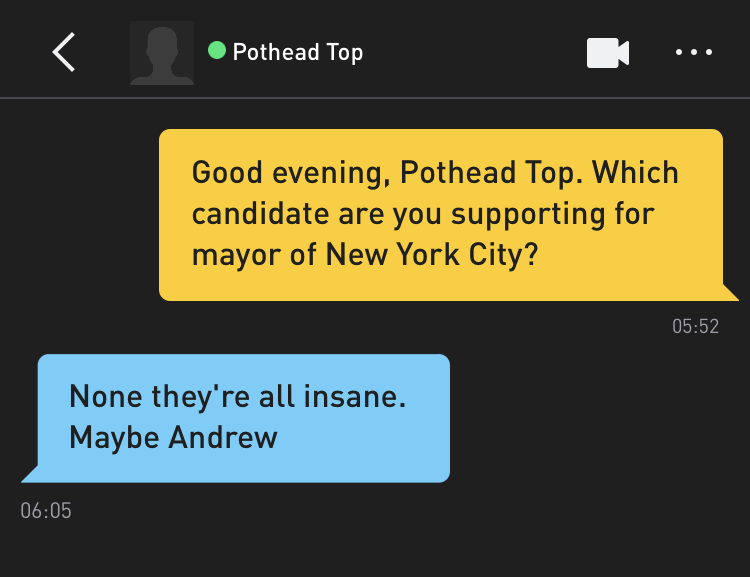 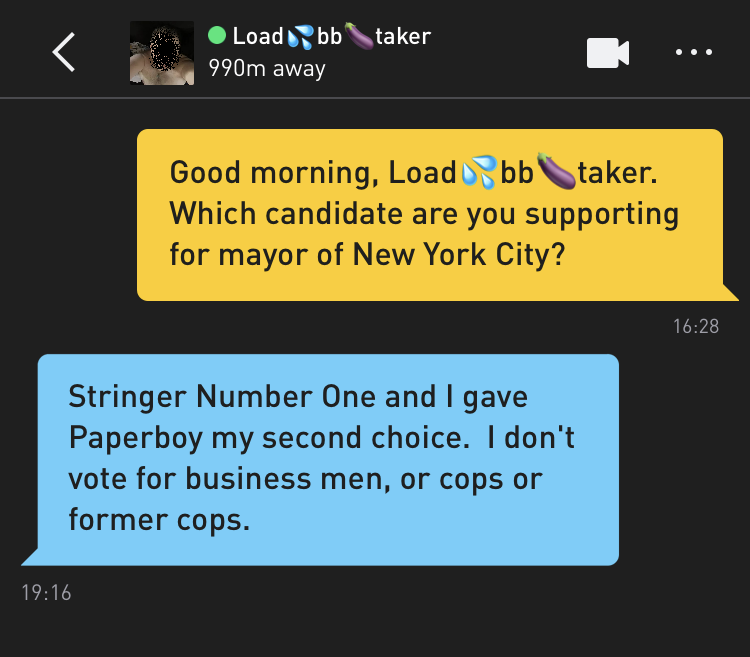 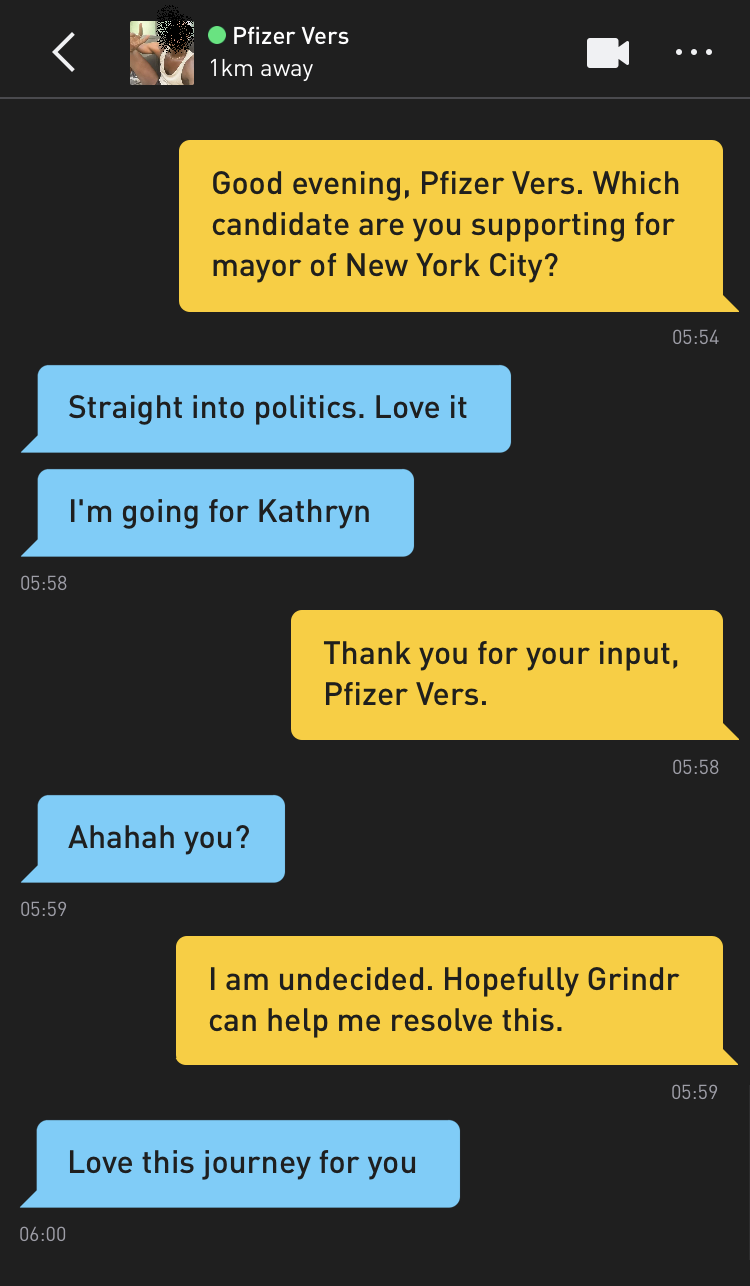 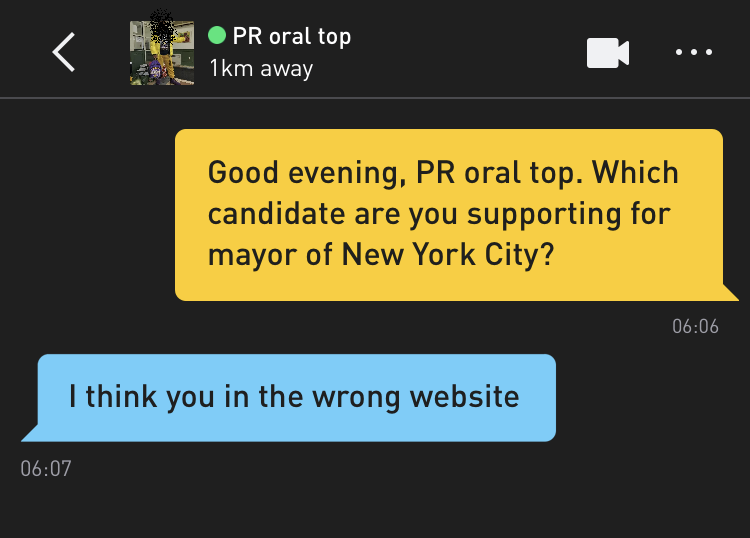 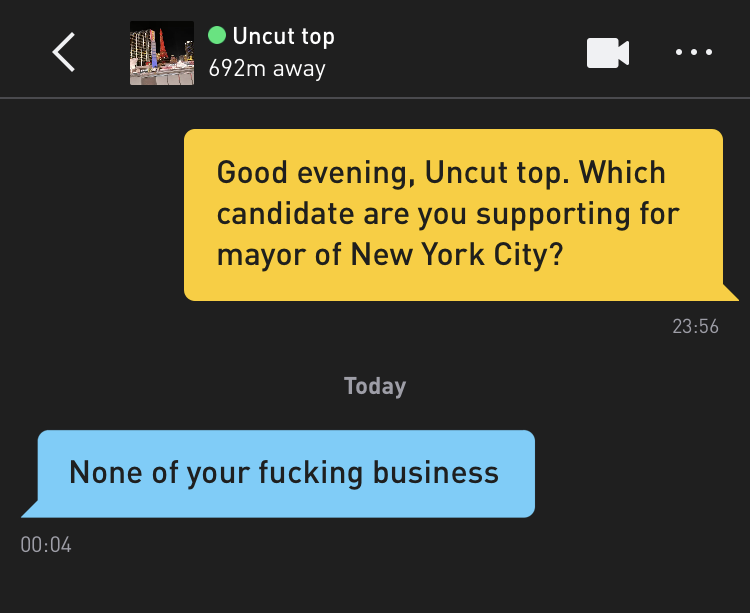 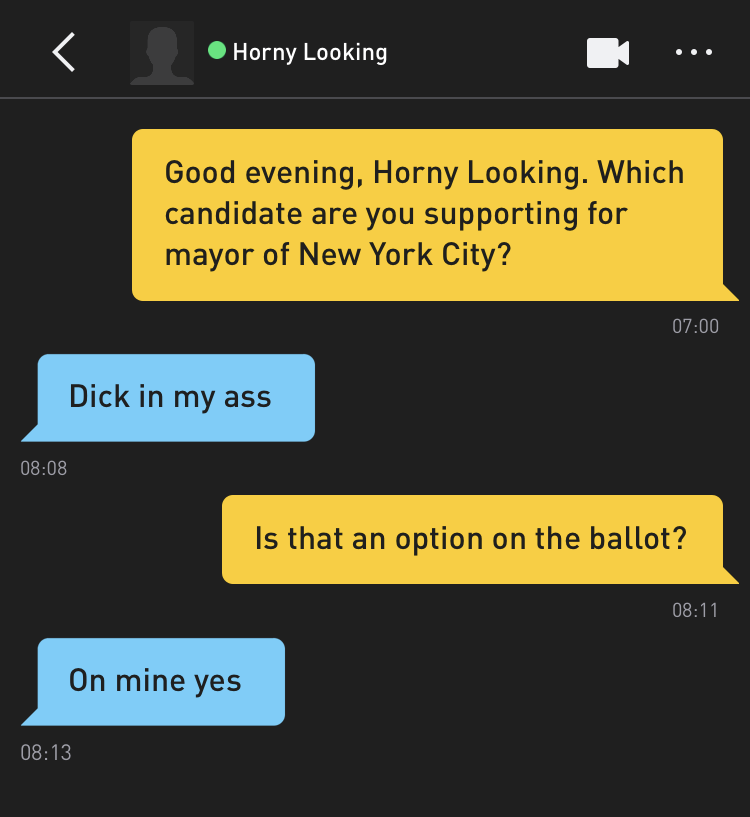 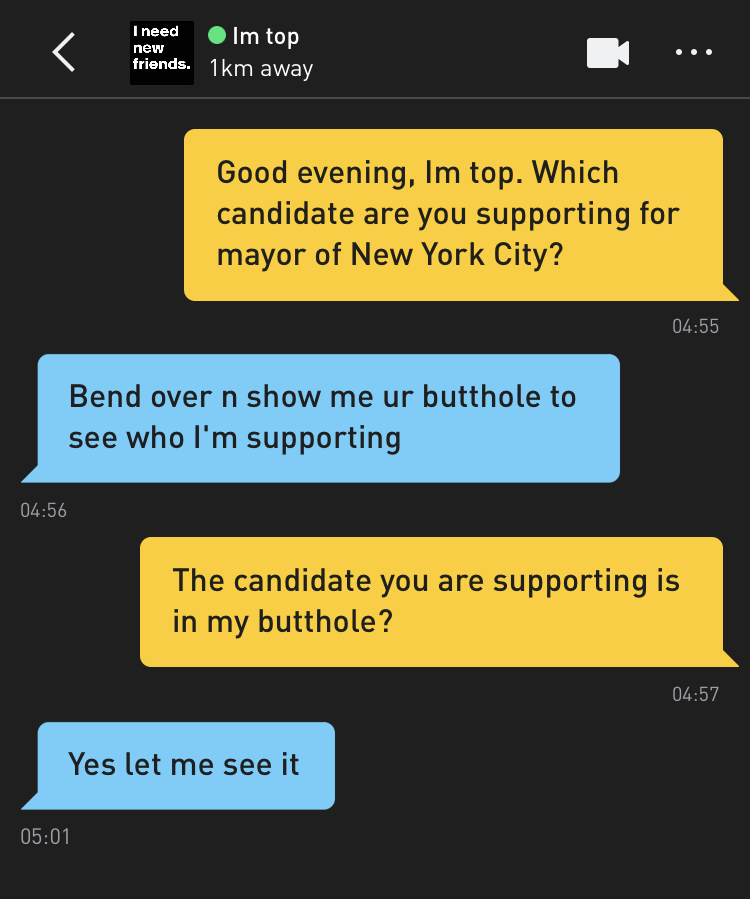 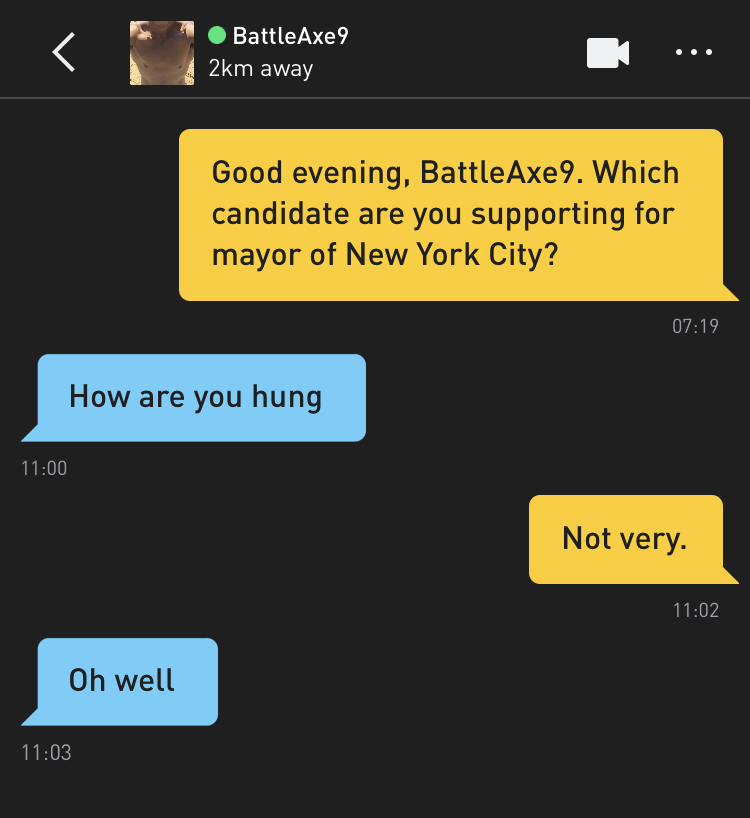 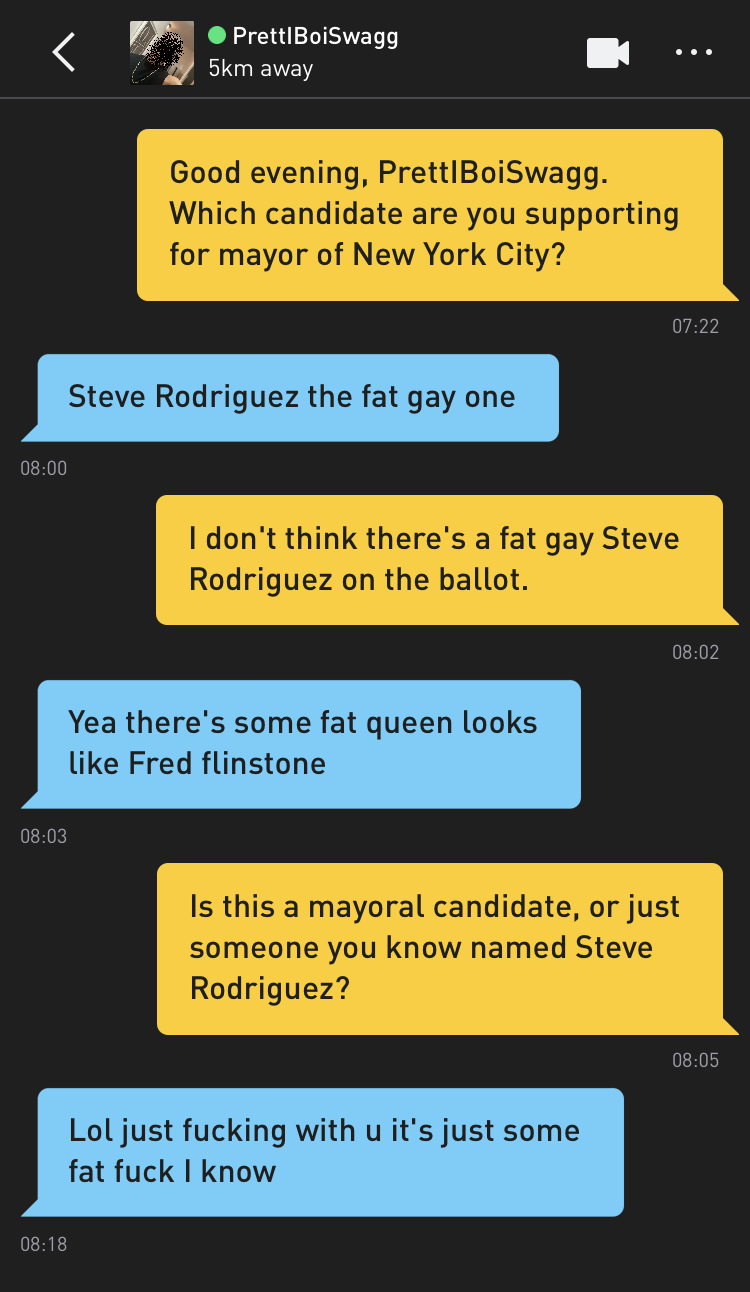 Of the 1,414 users I questioned, 294 responded. 90 of these respondents named real people or political parties, and I’ve counted all of those votes in the table below, irrespective of whether or not the people named are actual mayoral candidates.

Eric Adams receives the most first-preference votes from Grindr users.

The overwhelming majority of votes were for Democrats. This year, for the first time, the Democratic primary is using ranked-choice instant-runoff voting – you can choose a 2nd, 3rd, 4th, and 5th preference. (The Republican primary has only 2 candidates – Curtis Sliwa and Fernando Mateo. None of the respondents mentioned Mateo.)

I only asked each Grindr user for one candidate, but 11 respondents elected to tell me their additional preferences. Let’s see how those change the results.

To start with, here’s a table of just the Democratic candidates’ first-preference votes.

With the fewest votes, Ray McGuire is eliminated first.

His 1 voter did not give a 2nd preference, so this changes nothing. Next to be eliminated is Dianne Morales.

3 of her voters gave 2nd preferences, all for Maya Wiley. This puts her in the lead. We now eliminate Scott Stringer.

Andrew Yang’s elimination changes nothing – none of his voters gave a 2nd preference. But 2 of the users whose 1st preference was Garcia gave 2nd preferences…

Most responses were not counted as votes. Non-vote responses can be categorised as follows:

Thank you for reading. Click here if you want to see my other polls.