On August 15 2021, Canadian Prime Minister Justin Trudeau requested a snap election, and on 20 September, Canada will elect its 44th Parliament. I’ve polled Grindr in the United Kingdom and the United States on a number of previous occasions. This time, I asked 2,373 Grindr users in Canada who they’re supporting in this year’s federal election.

(Faces and penises have been censored.) 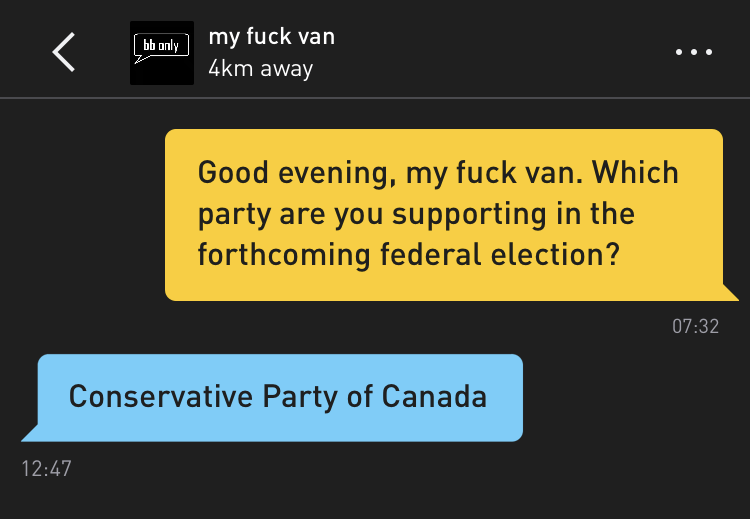 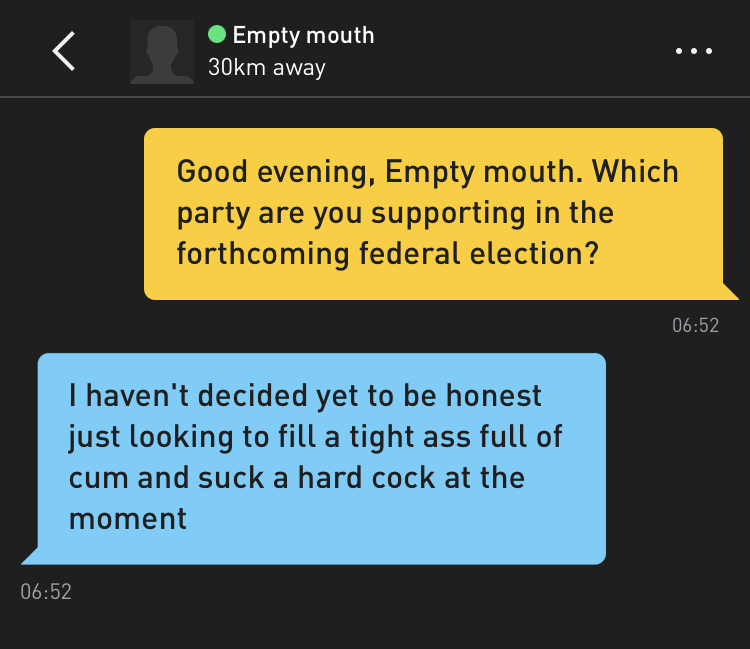 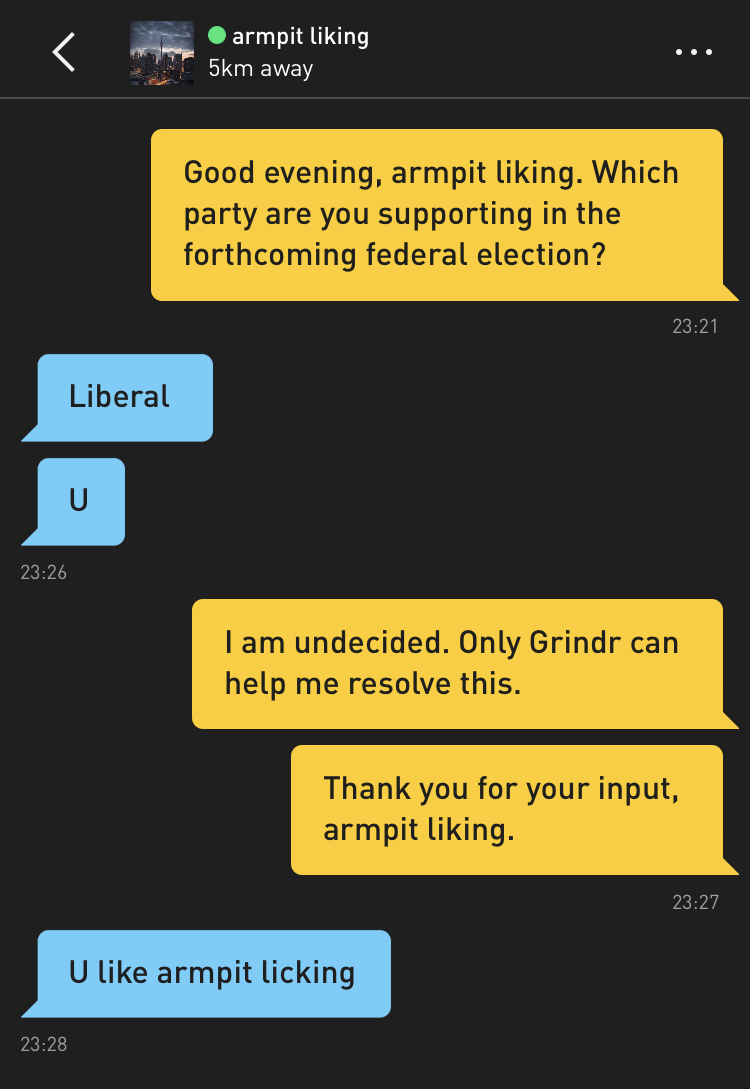 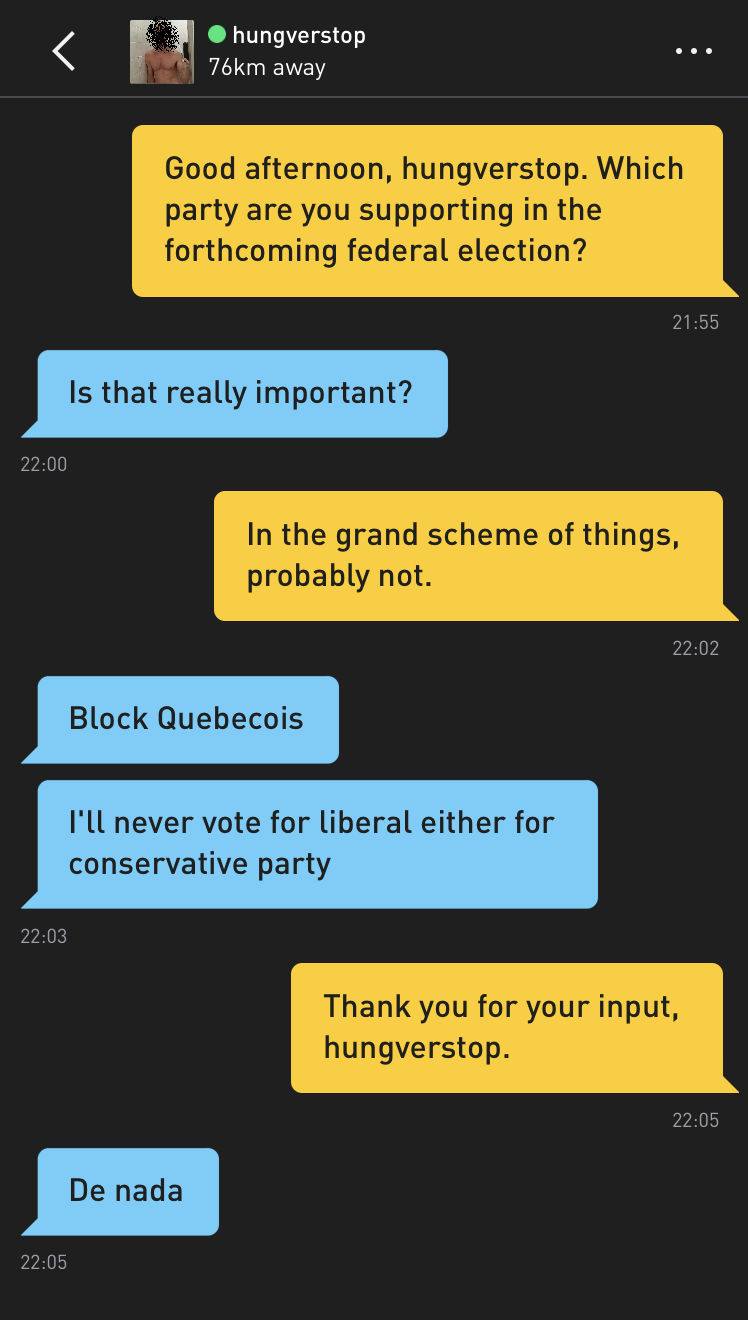 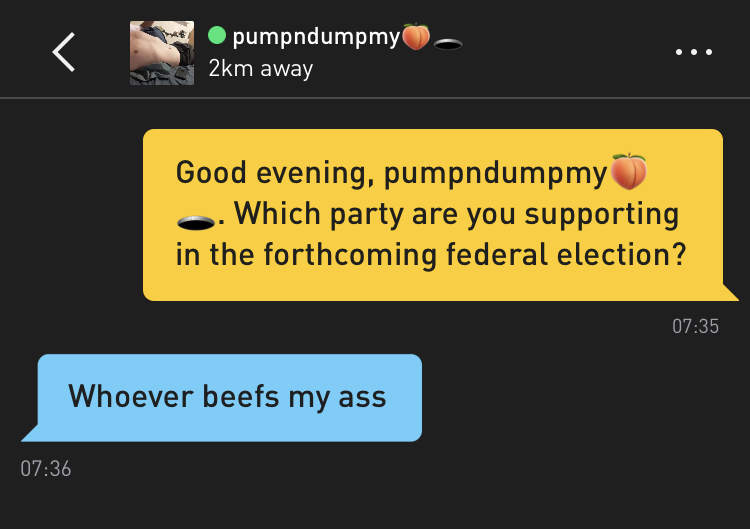 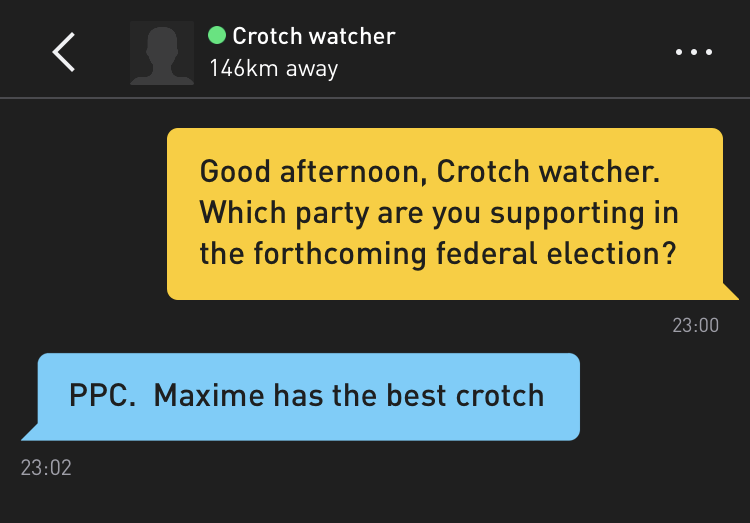 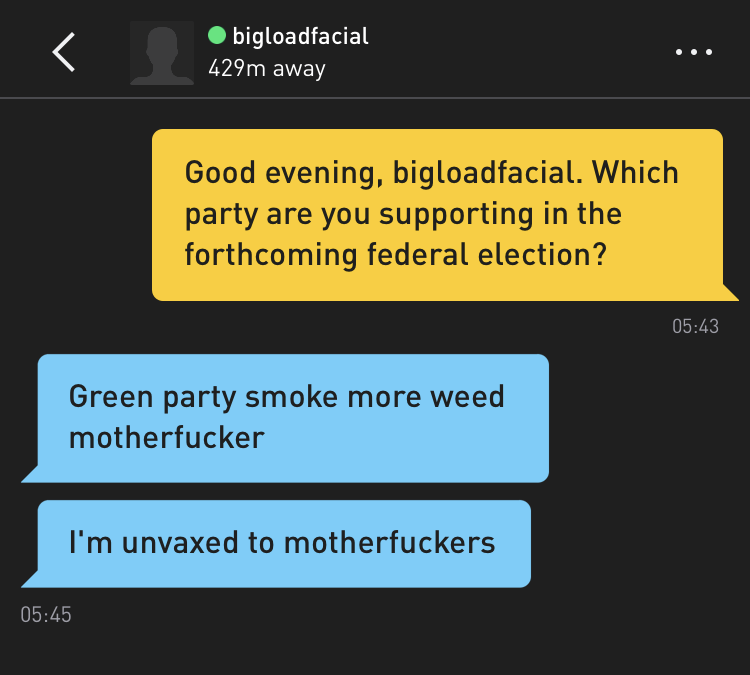 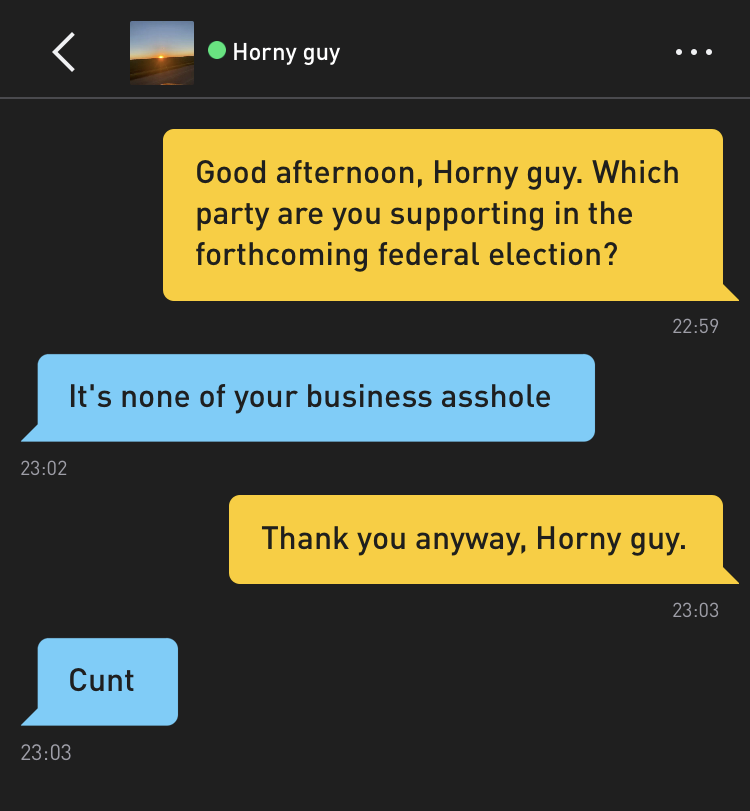 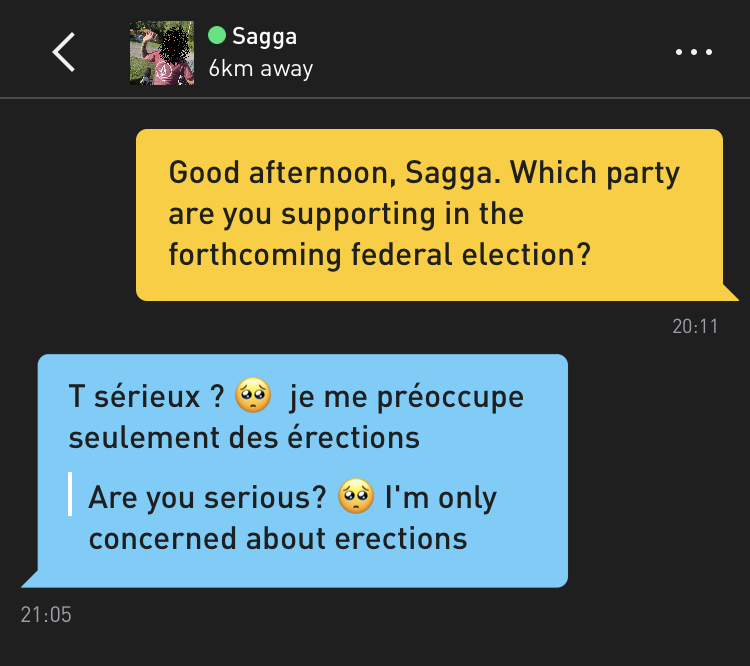 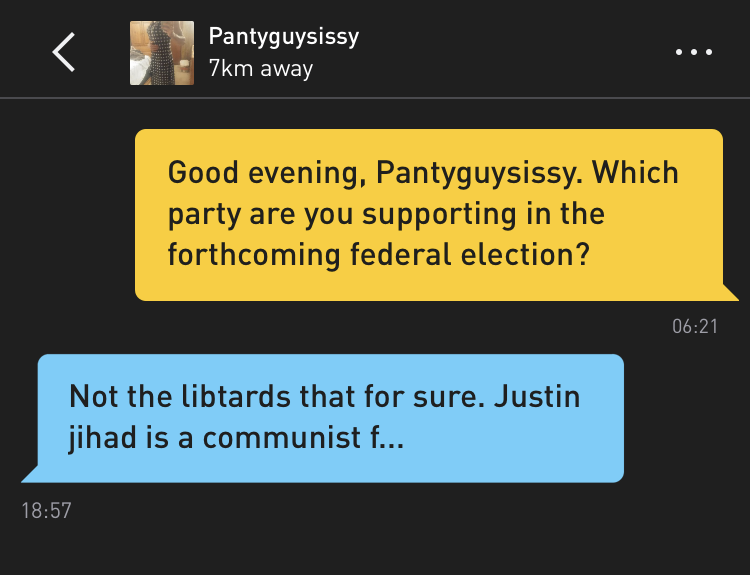 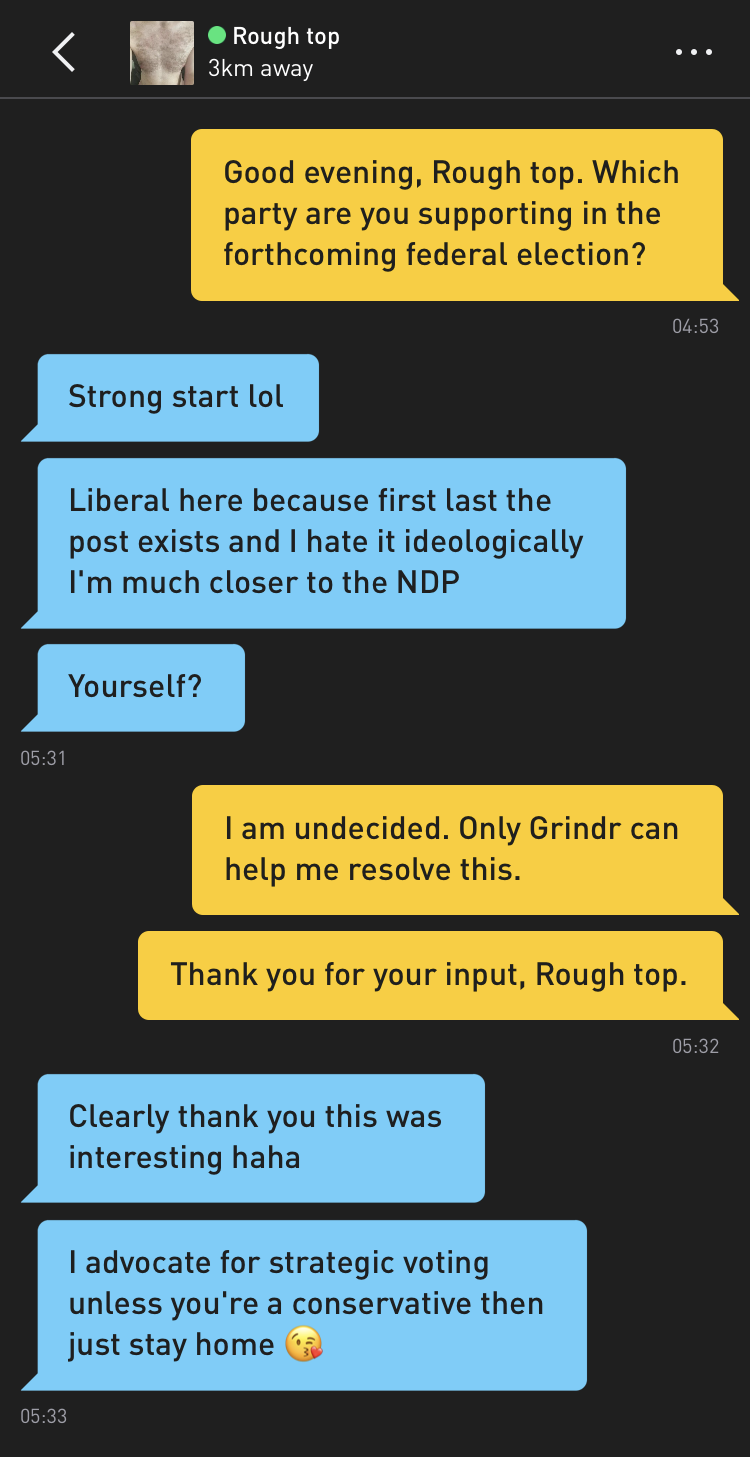 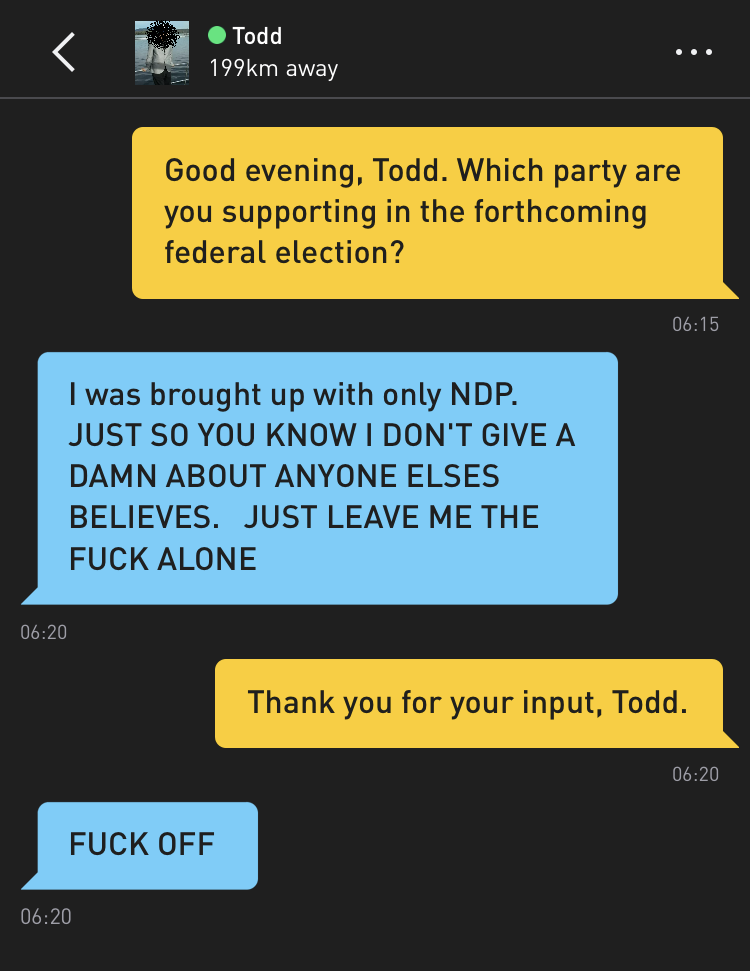 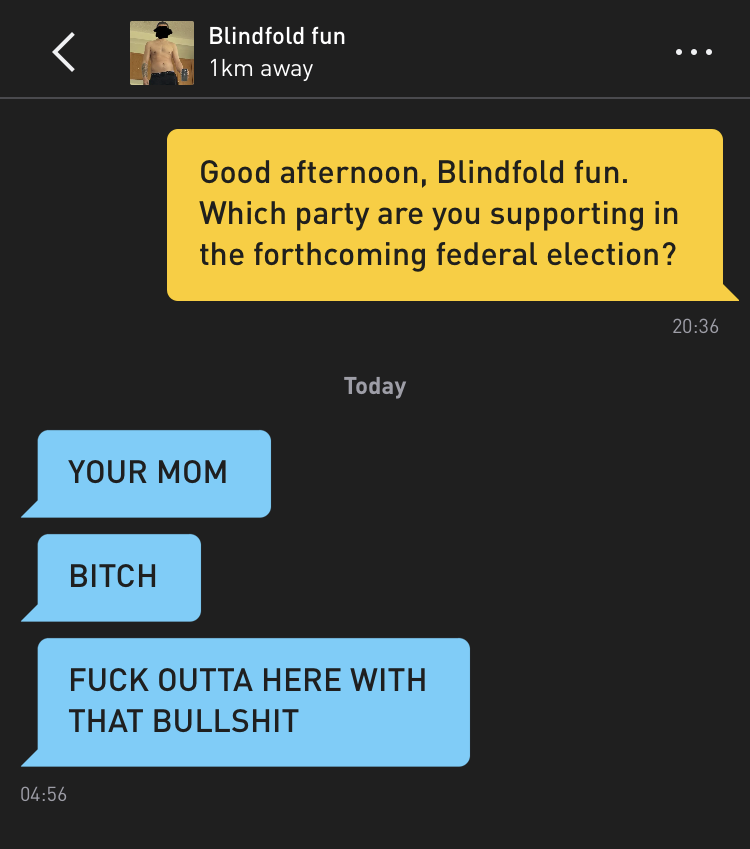 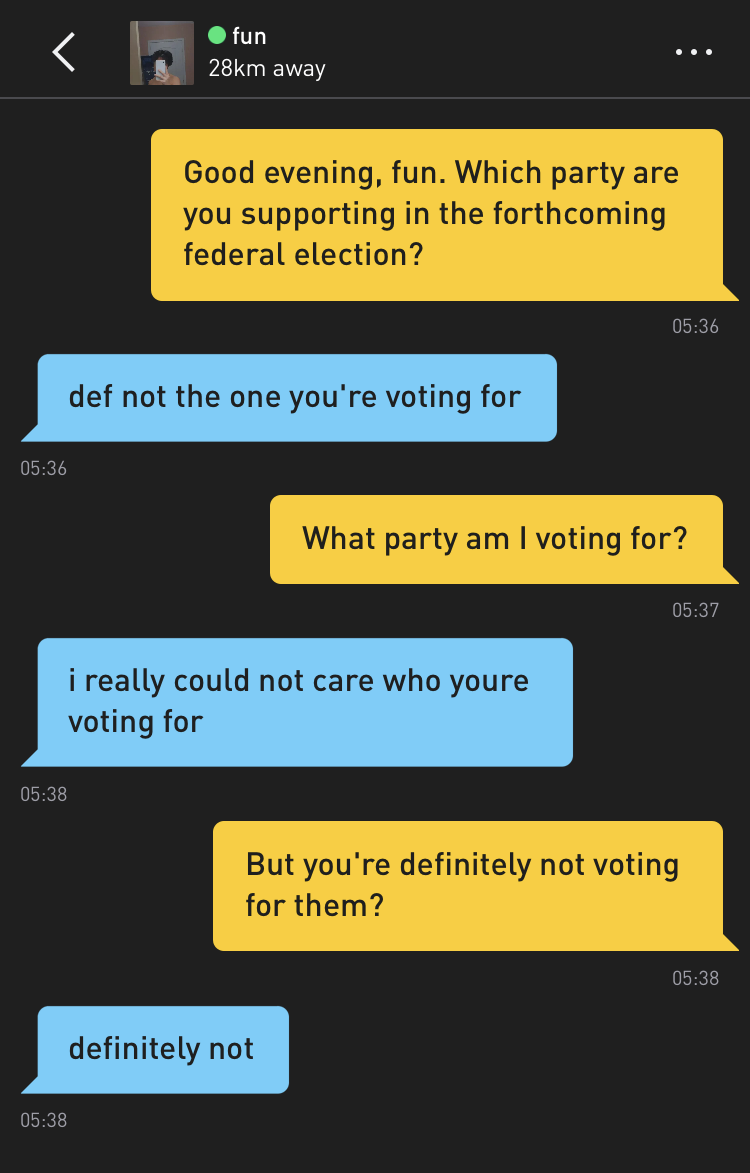 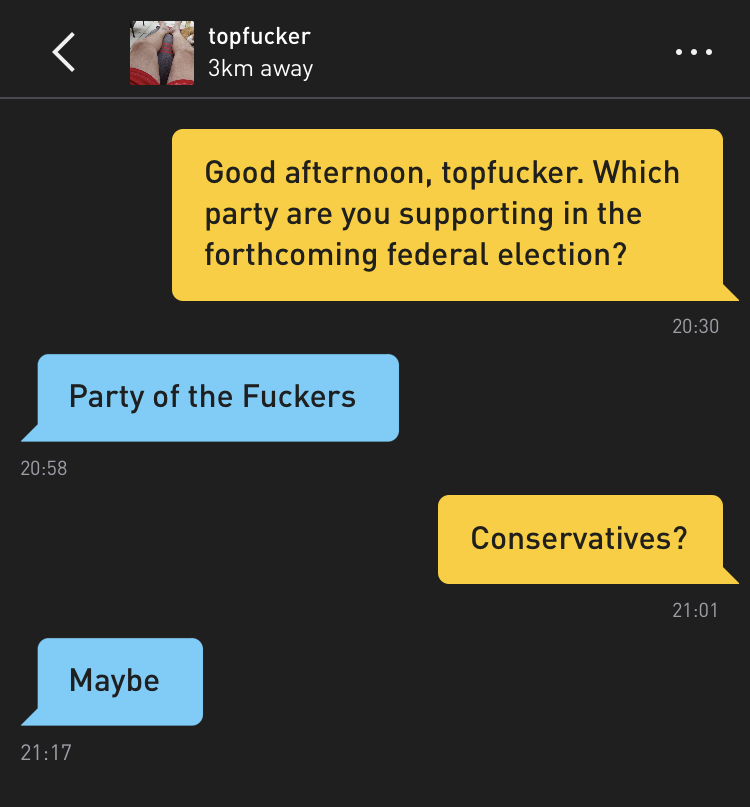 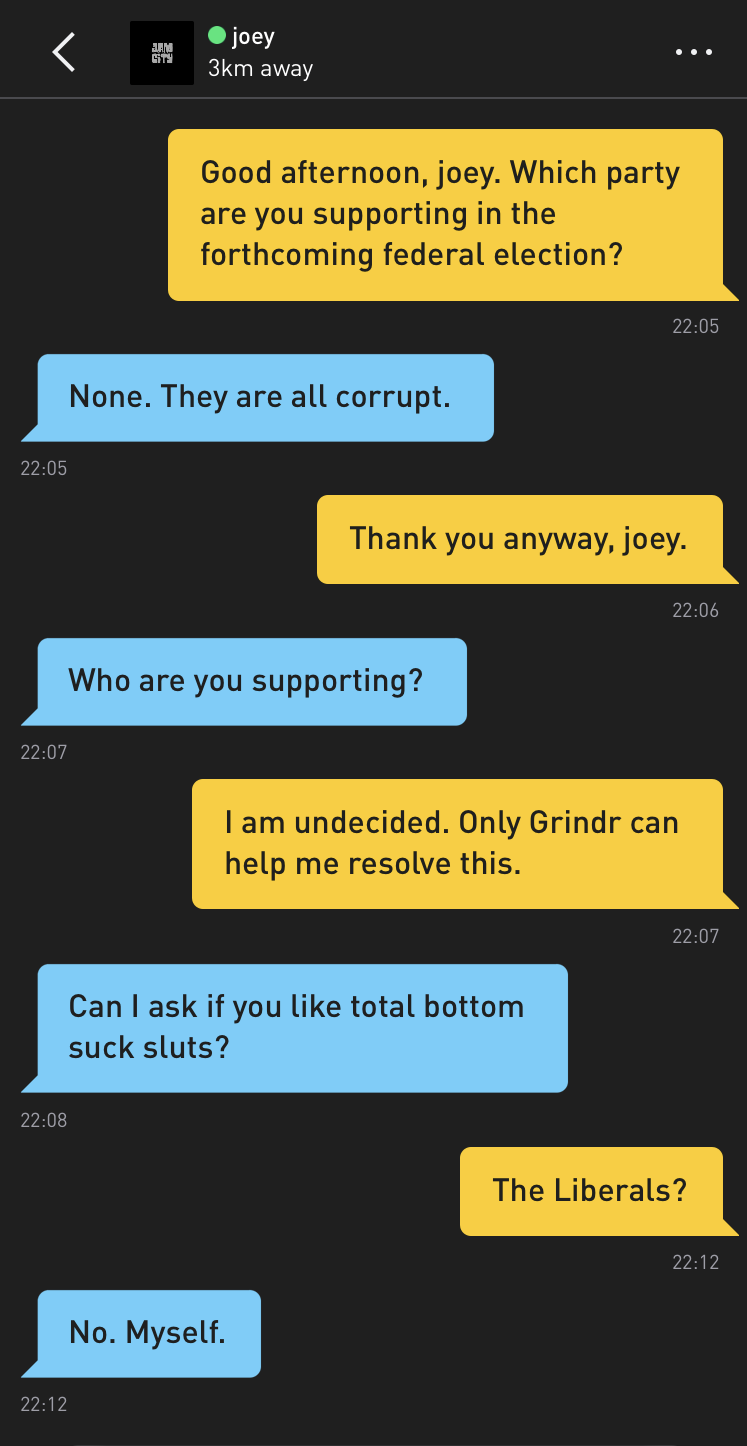 To poll the country proportionally, in each province I questioned people until the number of responses I received was equivalent to that province’s number of electoral districts – 121 for Ontario, 86 for Quebec, 42 for British Columbia etc. (As I continued to receive responses from each area after I moved on, the final number of responses for each province usually exceeds my target.) Here is a province-by-province breakdown of the vote:

(I failed to receive any responses from the 3 territories, as my Grindr account was banned while I was polling them. However, each only comprise a single electoral district, and therefore each had a target of only 1 response; I decided it was not worth making a new account just to pick up those last 3 responses, and left them as is.)

Here is a full tally of non-vote responses:

And I have roughly divided the evasive or unclear responses into the following categories:

Thank you for reading. Click here if you want to see my other polls.